Countries belonging to a specific sub-region of the world may also choose to form larger sub-regional groups or networks. A GNRC contact person may be appointed as the focal point for such a group or network. Additionally, countries and/or sub-regions may form world-region groups or networks. Conversely, smaller, more localized GNRC networks or groups can be formed through the facilitation of the GNRC country coordinator. Local, country, sub-regional and world-region networks are formed as needed to facilitate the work of the GNRC at various levels.

GNRC members who wish to coordinate, facilitate and promote the work of all the GNRC members in a given country are invited to step forward, with the support of other members in their nation, to serve as volunteer “GNRC Country Coordinators.”

Country Coordinators are endorsed or appointed by the GNRC Secretariat in a process of consultation with other GNRC members in each country. 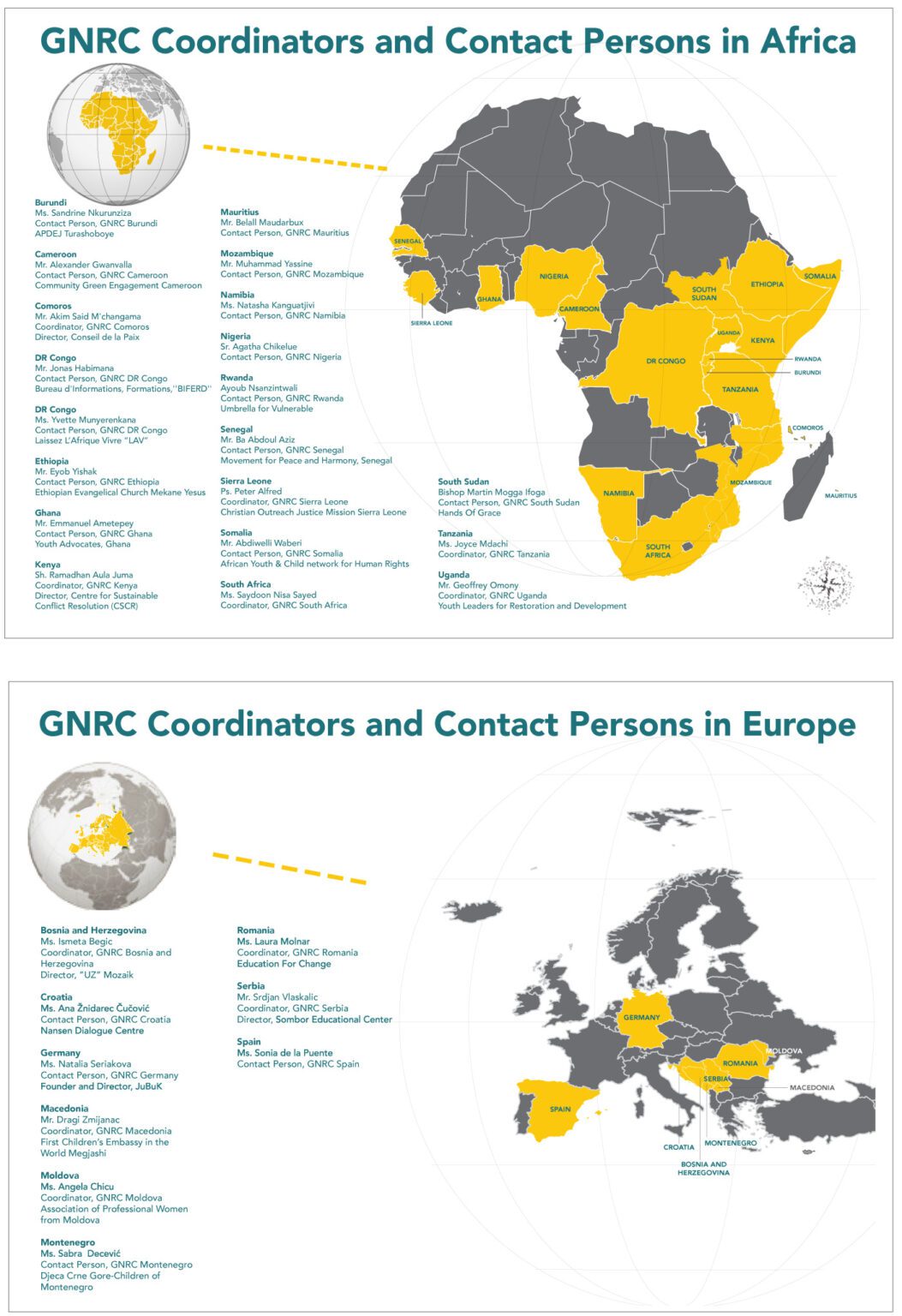 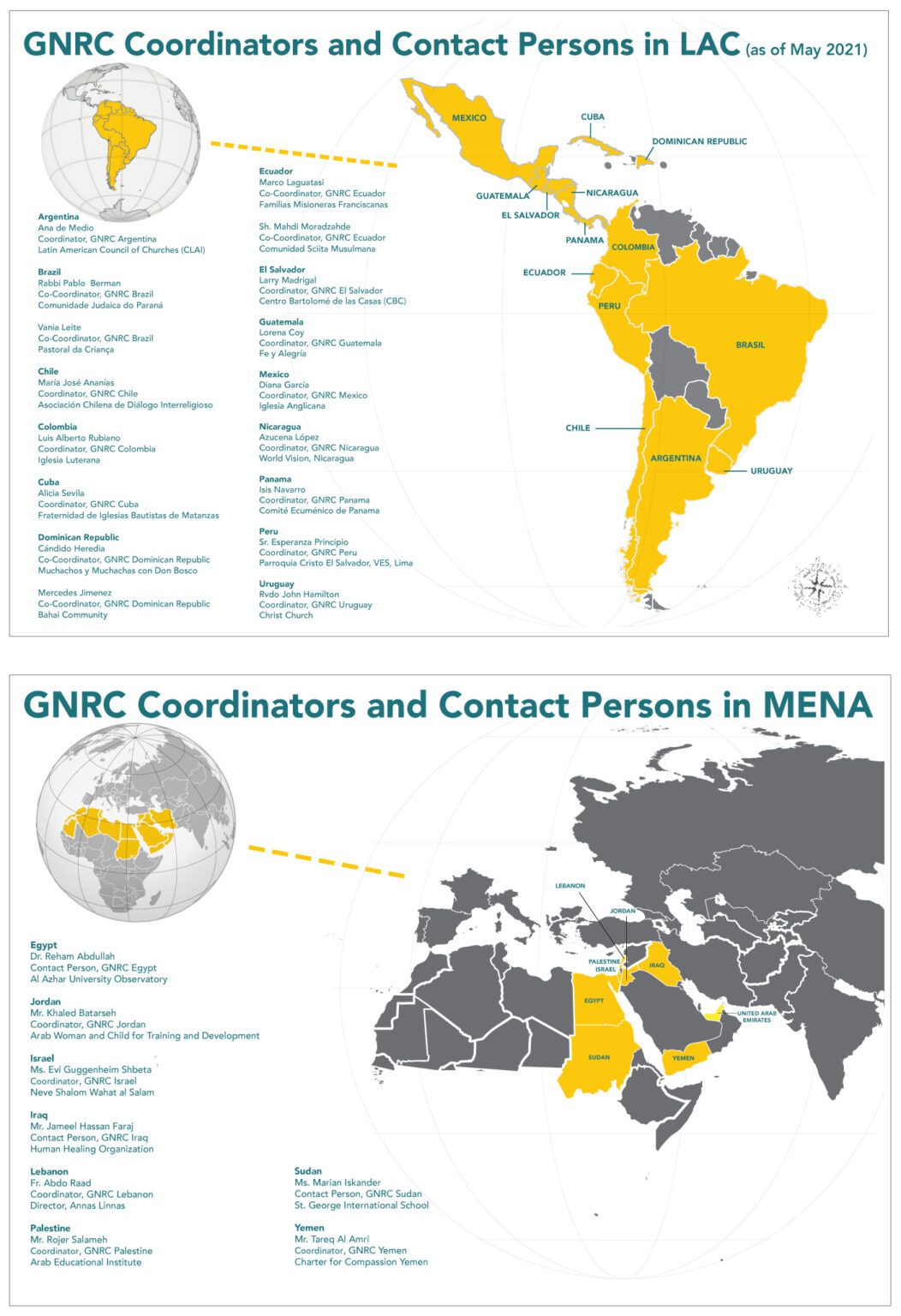 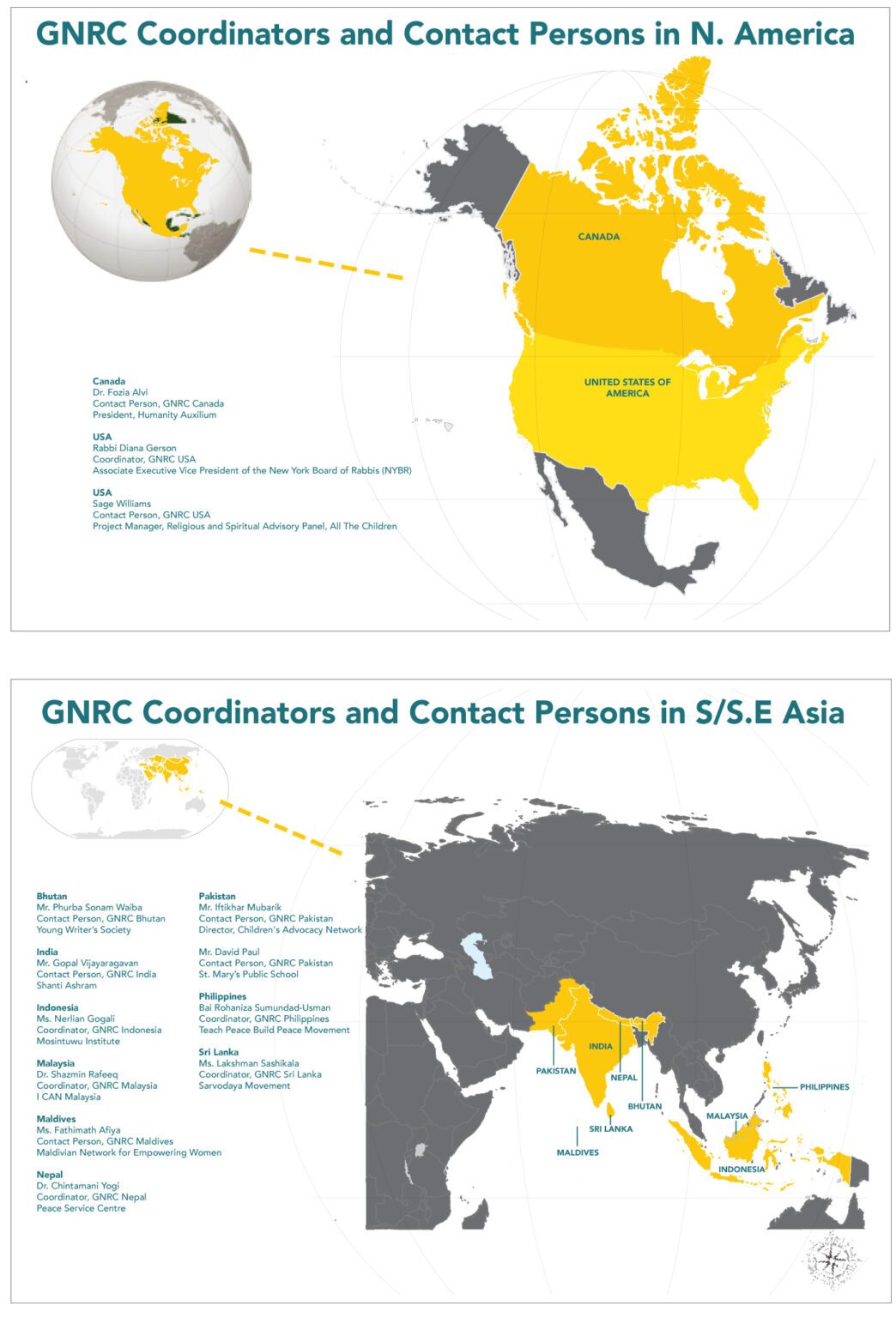