The meeting was held in the form of brainstorming with presentations by Power Point and “kamishibai” (traditional Japanese picture-card show), which was followed by discussions among participants.  Four youths as facilitators took turns to make presentations based on their experiences and research focusing on what poverty means from different perspectives.

Outline of the Brainstorming Meeting by Myochikai Youth

Participants: 7 youth representatives from Myochikai, in which 4 members served as organizers and facilitators

Theme: What does “poverty” mean for us?

Participants shared their ideas inspired by the presentation and exchanged views on how their image of poverty changed before and after the presentation. No conclusion or summary was made of the discussion.  This is an initiative taken by four youths as the first step to prepare for organizing the consultation with children by themselves in response to the call by the Forum Organizing Committee. They made a report in Japanese, which will be serving as the base for the discussion among children in the Consultation planned in March. 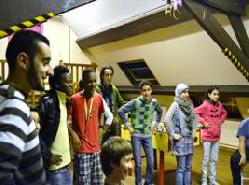 Following is the brief summary of the report which provides the gist of the each presentation and some comments by the participants.

Presentation No.1: “Richness of the Spirit”

When I visited the Republic of Vanuatu, which is called “the happiest country in the world,” in February 2011, I felt “richness of the spirit” of people there in comparison to “poverty of the mind” of people in Japan.  As the country is a largely Christian nation, people’s lives are filled with the spirit of Christianity. I felt the greatness of religions by witnessing people sharing food, caring for each other even though they are strangers, and so on. I think that we, people who believe in a particular religion, should spread influences of religion and importance of prayers.

Presentation No.2: How is the poverty relevant for all people?

I visited Bangladesh in the summer of 2011. Large buildings are located right beside the slum district. Why does the gap between the rich and the poor exist in the same country? While wealthy people have plenty of money to spend on themselves, people in the slum district facing food shortages. We must know the current situation, the fact that the gap is still expanding because of poor governance, and we have to find the way to solve those problems together. At the same time, we should express our opinions and thoughts in view of “who, how, and when resolve poverty?” Does poverty exist in Japan? Are we not related to poverty at all? Is poverty far from us?

Presentation No.3: Poverty in Japan

In Japan, the number of children who can not have adequate food, education, medical care, and love is by no means small. “Child abuse” is one of the biggest issues in Japan. “Neglect” is the most negative impact which influences children.

Deficient development due to the lack of love
Some children do not grow enough even if they have adequate nutrition. It shows that, not only the nutrients of food but also love is important for children in process of growing.

Some children have lack of self-affirmation, self-confidence, or abilities to build personal relationships, and try to solve problems by exercising brute force. There are possibilities to intergenerationally repeat abuse because they are emotionally immature and have learned a way of child-raising through their experiences of abuse.

It can be said that “poverty of the mind” is the current situation, people think that we are not related to those problems, the existence of children who are forced to live with poverty – not having adequate education, food to live, medical care, or love from families who should be trusted the most, or being worried about influences from wars and conflicts everyday.

Self-affirmation is the feeling of, “I am an important human being,” “I am worth living,” or “I am needed.”

The percentage of junior high school students who answered “yes” to the question, “do you think that you are a bad person?” is the following:
China 11.1%
USA 14.2%
Japan 56.0%

Although there are differences among countries in terms of nationalities and cultures, it is very serious to see children’s low self-affirmation in Japan.

As the mental issues cause violence or lack of education, abuses should be deemed as poverty.

Presentation No.4: what can we do to help children? 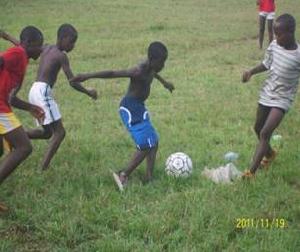 The presenter urged participants to demonstrated examples of current problems actually happening around children and possible assistance by using drawing papers to make people feel more familiar with poverty – what kind of life children live around the world, what can we do, how can we show our care for children and how can we make it happen. Examples that the presenter mentioned include ‘Every five seconds, one child dies from a curable disease or food hunger, which means a Jumbo Jet filled with children falls every hour.’ ‘With 100 Japanese Yen, one person can receive medical care for diarrhea and bronchitis in Afghanistan’.

“The discussion made me realize that the poverty has a wide range of dimensions.”

“The phrase, ‘the best nutrition for human beings is LOVE’, was very impressive for me and inspired me to live my life with love.”

“At first, we did not think that abuse and poverty have any common points. However, as we saw presentations and exchanged opinions, abuses and mental issues are very serious problems of poverty in Japan.”

“We think it is important to know what kind of poverty issues we have in Japan and do something before taking a proactive stance on problems in the world. I would like to look at other problems beside the issue of abused children.”

“I have learned a lot how our fund raising can contribute to aids for children around the world, which made me look back how I should spend money and live in daily life”.