Six Christian denominations and practicers of Native Spirituality met on Sunday 18 November in Mexico City to celebrate the World Day of Prayer and Action for Children, convened by the GNRC. 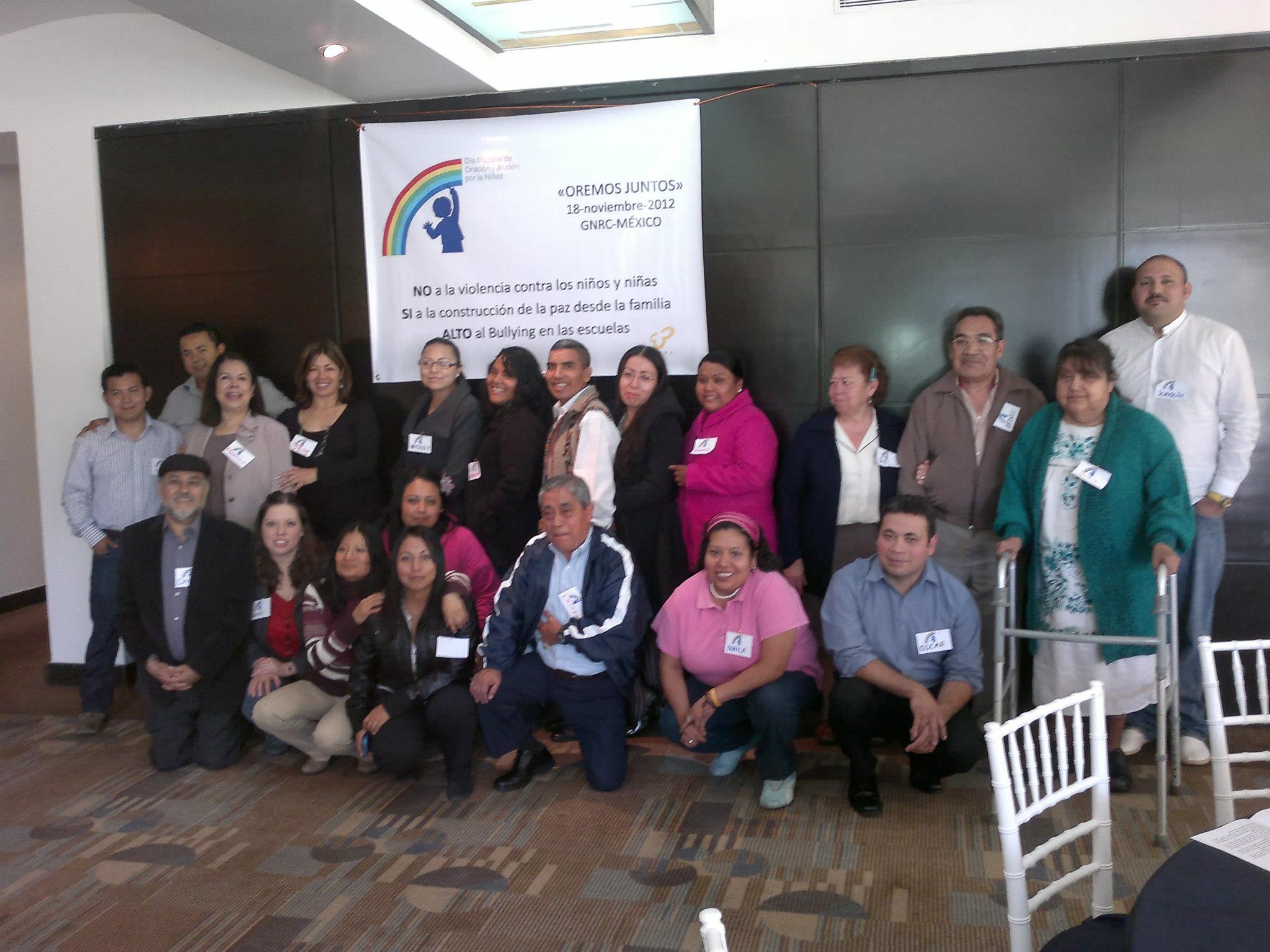 The participants included 21 adults and 21 children, represented the following:  Amoxcalli Evangelical Community, CICEM (Counsel for Evangelical Indigenous Campesino of Mexico), Compasión Mexico, CLAI-Mexico, Baptist Seminary of Mexico and ATEM (Association of Mexican Ecumenical Theology). Under the call of “Let´s Pray Together” the participants reflected on building Peace starting with the families.

The event started with a friendly luncheon. The program included lighting a candle during the welcoming, and at the table the inclusion of the sacred texts of different religions symbolized the wish for more religions to share in future DPAC celebrations. Following the Ode to Joy, Jaime Leon of Compasion Mexico gave the keynote speech. Next children were asked to comment on the talk, and to read the rights of the child.

The Bullying issue was discussed, and children commented they had witnessed it. The participants were given a white ribbon to give to the person they felt taught them to be non-violent and made them feel safe. Finally, everyone sang Saint Francis’ prayer “Make me an instrument of your peace.”

The children and then adults were invited to place figures on a wall to create a landscape mural collage “The Mural for Peace and a Better World.” The program ended with prayers by the children and on behalf of GNRC everyone was given candy that had been part of the centerpieces. Children received a package with a notebook, eraser, pencil and pen. 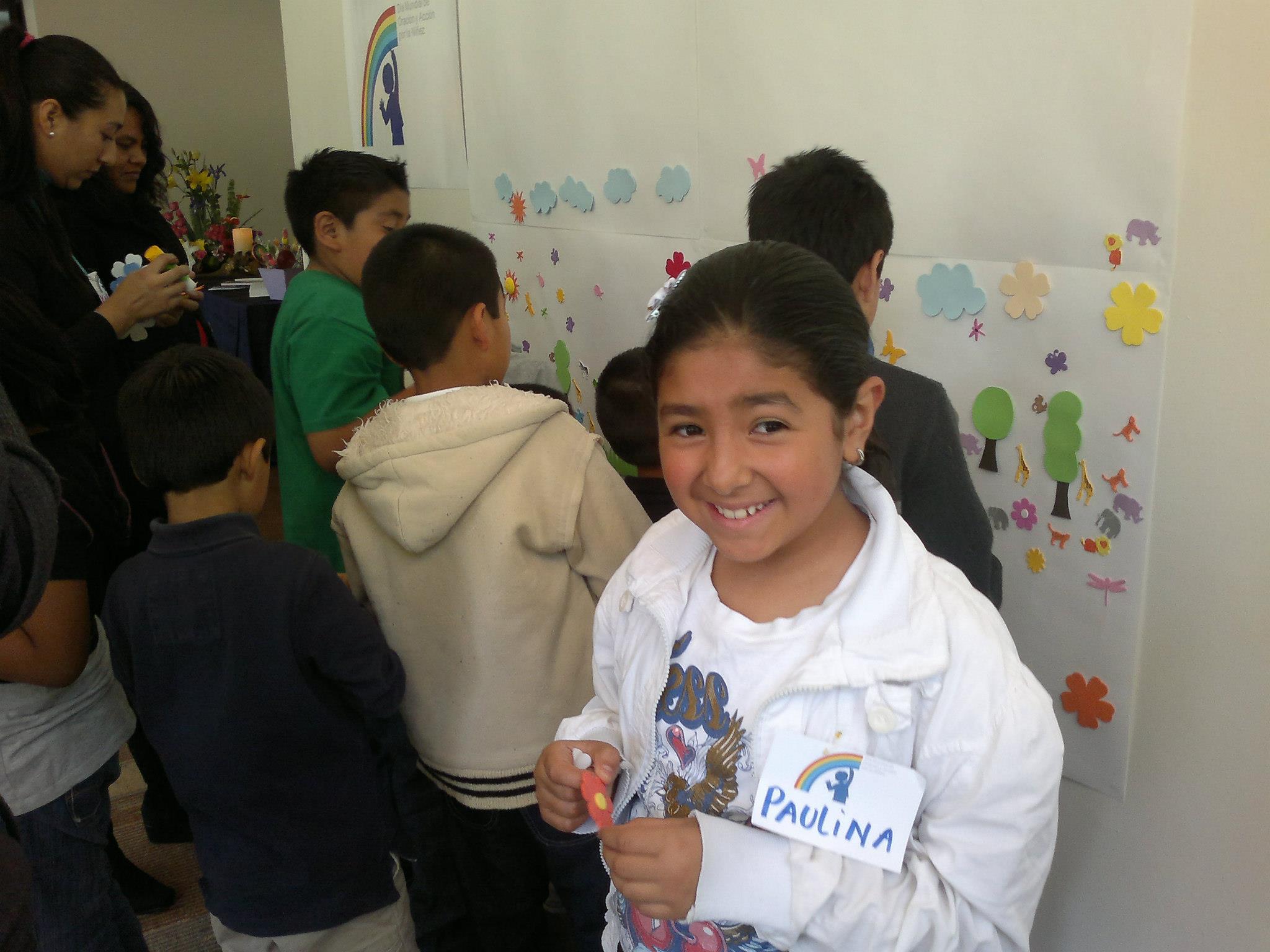 The event left the children with the desire to meet again and learn more together. They expressed their surprise and satisfaction at feeling they were important for adults, and knowing that others were interested in them and prayed for them.

The children and adults committed to continuing to educate others at their schools and  places of employment to raise awareness about the importance of caring for and supporting children and adolescents, of participating in DPAC every year, and to learn to live together with other expressions of faith.