Brazil / Brasilia: World Day of Prayer and Action for Children was Celebrated by Different Religious Organizations.

Brasilia was among the five cities chosen from around the country (Sao Paulo, Porto Alegre, Recife and Belen) to hold the interfaith meeting, on the 20th of November, in commemoration of the World Day of Prayer and Action for Children. 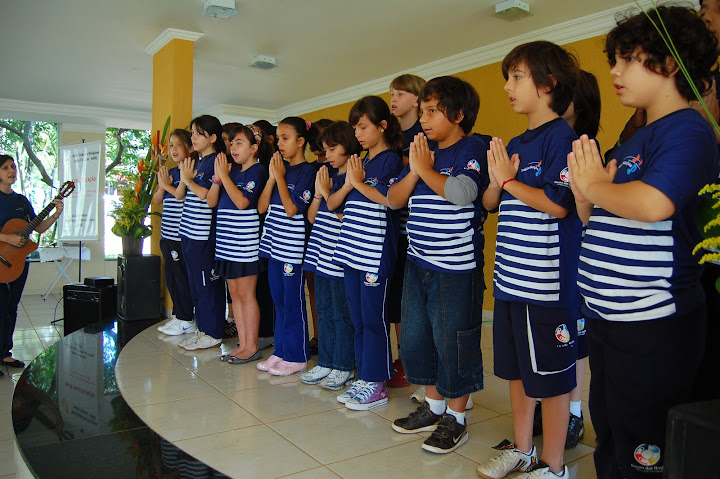 The event is an initiative of the Global Network of Religions for Children (GNRC) and the Children’s Pastoral Services and was carried out in conjunction with the Bahá’í Community of Brazil and other religious denominations which participated in the event. It took place from 9:00 to 11:30, at the Celebration Hall of “Buen Jesus” Parrish, Avenida L2 Sul Q601, modulo 3 / 4 – L2 Sul.

The program included prayers that were recited or sung by children and adults from different religious denominations. The group Cantos de Girasol, of the Lutheran Community of Brasilia, presented an impressive street dance performance; and the choir of the School of the Nations, a Bahá’í inspired institution, sang songs in different languages on universal themes that affect everyone, independently of their creed or origin. Ana Maria, the choir director noted, “The event was very nice, simple and profound. Everyone was very involved in what they were doing, and in what everyone else was presenting.” 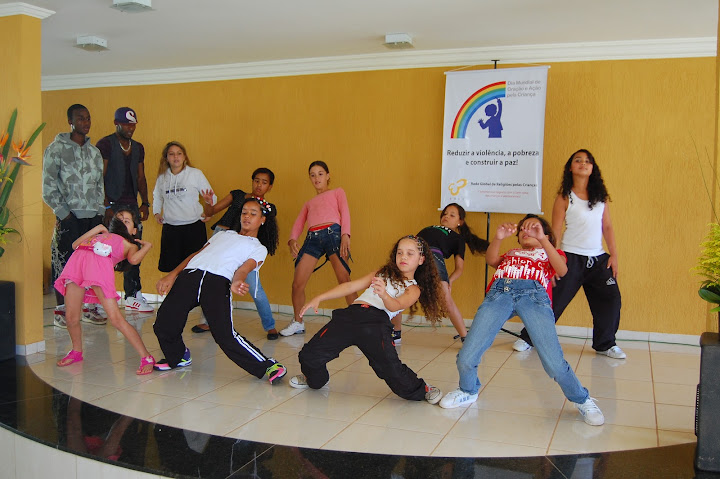 The OBA Group and students from Bahá’í classes for children from the San Sebastiao Bahá’í Community also participated in the program. National Black Awareness Day was likewise commemorated during the event with prayers and performances that had to do with human diversity and the unity of all people. The children loved the event. They paid attention to every presentation and shared in the day’s interfaith feeling. Pedro Henrique Sarmento, of the Marista School, noted that it is important to pray, “because that way Jesus brings peace and love to all.” 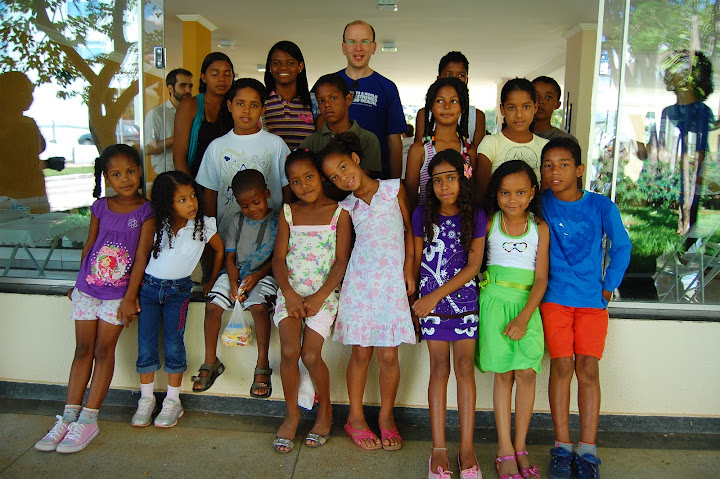 The event was an important context to commemorate inter-religiousness and emphasize the importance of the spiritual training of children and teaching them values and principles from an early age. For Lisa Perskie, director of the School of the Nations, “the way of preparing a child for the world can no longer be solely cognitive and academic… values have to be taught and practiced from a tender age, because virtues and principles must be lived and implemented,” she said.

Vania Lucia Leite, from the Children’s Pastoral Services explains that the date “rescues and renews the spiritual side of children, of different religions, promoting respect, protection and love,” she commented. She also stressed the importance of inter-religiousness, bringing all religions together in an effort devoid of discrimination and with an attitude of mutual respect.

For Silvanice Avelar, coordinator for children and junior youth groups in the San Sebastiao Bahá’í Community, the work of spiritual education of children exerts a great influence on the decisions that they may take in the future. Silvance also participated in junior youth groups when she was 14 years old. She says the experience changed her life: “I see today that I could have chosen other paths. Thanks to these teachings which I was transmitted, today I am coordinator of the junior youth group,” she says proudly.

The date for the celebration of the World Day of Prayer and Action for Children was chosen by the Global Network of Religions for Children (GNRC) to be November 20th, because this date commemorates the anniversary of the Convention for the Rights of the Child, adopted in 1989 by the United Nations. The date was established in Brazil in 2009 at a solemn ceremony at the National Congress.

Daniella Hiche, representative of the Bahá’í Community and master of ceremonies at the event, commented that the event was a unique opportunity for children from different religious denominations in the Federal District to be able to interact with each other. “There was palpable interest, appreciation, and respect among the children while they prayed, sang or danced. Based on this kind of interaction, individuals begin to understand what religious diversity is and that universal values exist and are shared by all humanity, regardless of creed or race,” she said.