As part of the World Day of Prayer and Action for Children celebrations of GNRC Jordan, various private schools in Amman organized a series of activities and prayers that took place in November and December 2010. Some of these schools also joined the ‘Bag of Love’ Campaign aimed at gathering food donations for orphanages and poor children and families. The Campaign was launched by the members of the Fisher Program, the GNRC Youth Group in Jordan. 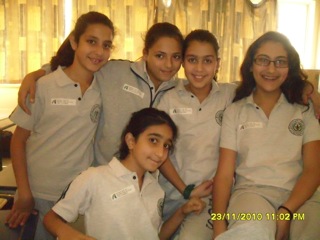 Rosary School, Marj Al-hamam celebrated the World Day by an awareness program about children’s rights whereas students were giving information about the Day and the situation of children in the world during the morning line-up. The same event consisted of prayers from both Muslim and Christian students and ended with a mom 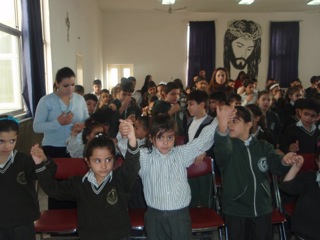 ent of silence and prayer for the children of the world.

The school also had a team of students and teachers to oversee the ‘Bag of Love’ Campaign led by Ann Farahat, Lujain Mar’i and Khalida Al-Idwan, members of the Fisher program. The school had gathered around 100 Kg of food donations that were distributed.

National Patriarchal College, Ashrafieh, held a Mass in celebration of the World Day where students and teachers joined hands in prayer for the wellbeing of children.

The sermon encouraged students and the school at large to work and cooperate with different agencies to ensure the rights of children and their well-being. During the Mass, information about the Day was presented by Dymiana Al-Naber and the ‘Bag of Love’ Campaign was launched in the school. The school gathered donations for one week and all classes took part in the campaign. 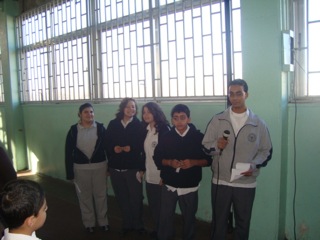 Orthodox School, Shmiesani, an awareness program was led by Christina, Fuad, and Prischila Sadiq as well as Laurice and Bashar Sharqawi in both the primary and the intermediate divisions.
The Activities consisted of prayers, hand-made posters in classes and awareness topics read in the school line-up.

Prince Hamza School in Amman also joined in celebrating the Day. Rahmeh Hamdan, a former student in the school, led a half-day workshop for students from two classes on skills and information required for advocacy and solidarity work.

The students discussed the problems of children in their communities and they formulated plans and agendas for concrete actions to help children. This was done using some activities from the ‘Learning to Live Together’ Toolkit, printed handouts to provide information about planning, management and evaluation as well as small group discussions to set agendas. The day ended with a prayer performed by the students for all children. 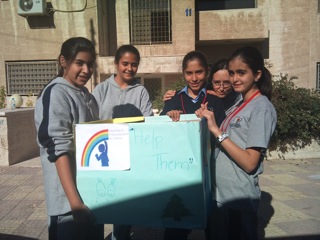 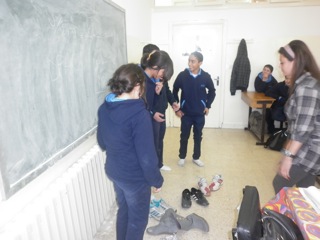 aigns and information about children and the celebration.

The campaigns were led by students who are members of the Fisher Program. UNRWA Schools in Amman, Jordan Hotel School, and the Baptist school in Amman also joined the bag of love campaign and the celebrations of the Day.

The ‘Bag of Love’ Campaign was not restricted to schools. Various individuals, organizations and faith based communities joined in the gathering of food donations. Sunday Schools of Jabal Al-Taj Orthodox Church in Amman launched the campaign within the parish and gathered donations that were distributed around Christmas to poor families. The Church held a special Mass in celebration of the Day. The GNRC Secretariat also received donations from individuals who supported the campaign and the celebrations of the World Day.