The Forum for Religious Leaders and Faith Organizations in Madagascar (PLeROC) in partnership with GNRC Africa mobilized 151 leaders, elders, youth and children from different religious communities and associations to commemorate the Day of Prayers and Action for Children (DPAC) on the 20th of November 2010. The religious leaders gathered at the Ravoahangy Andrianavalona hospital’s Protestant Chapel where they prayed for the health of the children and mothers everywhere.

The event gathered people from diverse associations including Forum for Civil Society for Children, Christian groups – the Catholic Church members, Church of Jesus Christ in Madagascar (Protestant denomination) and Youth For Christ, Baha’i, Hindu, Traditional and Muslim representatives, children and their parents. 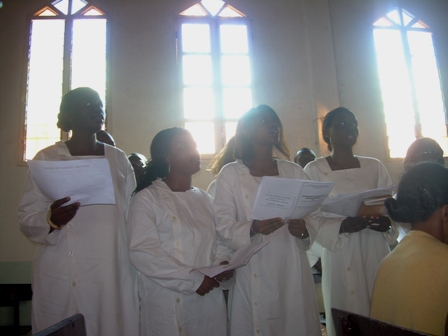 Each religious community, through its representatives, shared prayers and holy writings with the assembly of different believers affirming the precious value of children and mothers as well as the place and role they have for the future of mankind. 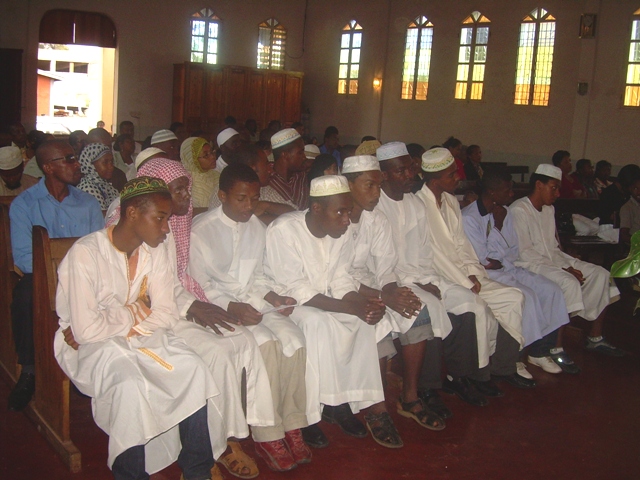 The meeting was a confirmation that this initiative is a powerful way to encourage religious and spiritual individuals and communities to speak out for the welfare of children and mothers.

Thanks to the contribution of each religious community the success of the event was guaranteed. The nice music played by a young Christian believer, the enthusiastic songs sung by the Cameroonian choir dressed in white, lovely holy verses raised by the Muslim’s choir, the pure voice of the children from the choir of Christian Sunday School of the Hospital, the Holy song about “Love” shared by a Baha’i believer, the decoration of the church with beautiful flowers, the signature placed in a golden book, the donations made by the Muslims believers to vulnerable people in the hospital, each of these activities brought an exceptional and memorable signification and ambiance to this unique occasion.

The celebration was broadcasted by the Madagascar National TV. This event was included in Malagasy and French National TV News and in a special broadcasting about the activities of different religions on Sunday morning of the 21st of November. There was also a press release in two newspapers, “Le Courrier de Madagascar” and “Les Nouvelles”. It was the first time in Madagascar when different religious groups prayed together in the same religious building to promote solidarity in service and partnership with the children, the poor and the vulnerable of the entire human family and for the whole Earth.