Expanding the Global Network of Religions for Children

A meeting was held in Nairobi, Kenya to welcome field workers within the Sub Saharan Africa region to become a part of the Global Network of Religions for Children. The Global Network of Religions for Children (GNRC) held the first of a series of meetings that will take place in different regions across the globe, where the network is present. The meeting, held in Nairobi Kenya from 13th to 15th January at the Methodist Guest house, gathered representatives from Sub Saharan Africa namely Burundi, Comoros, DR Congo, Ethiopia, Kenya, Mauritius, Mozambique, Namibia, Nigeria, Northern Sudan, Rwanda, South Africa, South Sudan, Tanzania, Uganda and Zanzibar. 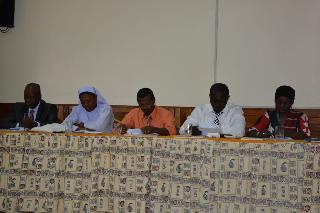 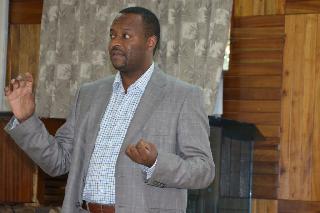 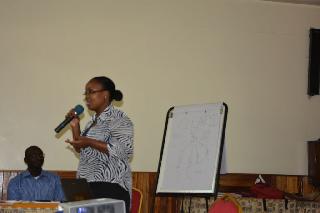 The Secretary General of the GNRC, Dr. Mustafa Y. Ali introduced the participants to the network by giving an overview and highlighting the mandate of Arigatou International and its four initiatives which include the GNRC (Nairobi), Ethics Education for Children (Geneva), World Day of Prayer and Action for Children (New York) and the Interfaith Initiative to End Child Poverty (Nairobi). He then gave an overview of GNRC, highlighting its objectives and activities to promote the rights of children. He also emphasized the role of both religious leaders and institutions in this process.

The GNRC Network and Programs Manager, Mr. Belall Maudarbux together with his team took the group through the guidelines, processes and procedures of GNRC. The presentations of both the Youth and Communications desk focused on the strategy of the GNRC to expand its activities among the youth and its visibility on social media respectively.

During the interactive sessions, participants shared their understanding on the nature of and personality of children. Common themes that emerged were: love, trust, peace and innocence among others. There were followed by discussions that focused on the limitations of children in achieving the above themes. Those mentioned include: poverty, war, ethnicity, cultural norms, religion and lack of role models. These were classified as physical, spiritual, emotional, environmental and cognitive. 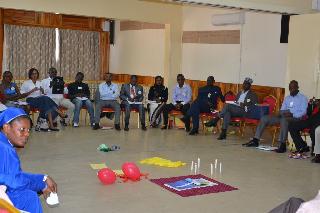 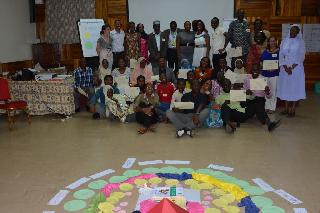 “Learning to Live Together is timely and effective in dealing with rising extremism and radicalization despite the rise in literacy levels worldwide” Dr. Mustafa emphasised.
A huge emphasis was laid on the importance of participatory learning while engaging children in the learning process. The training was concluded with a fun activity and presentation of certificates by the GNRC Secretary General.