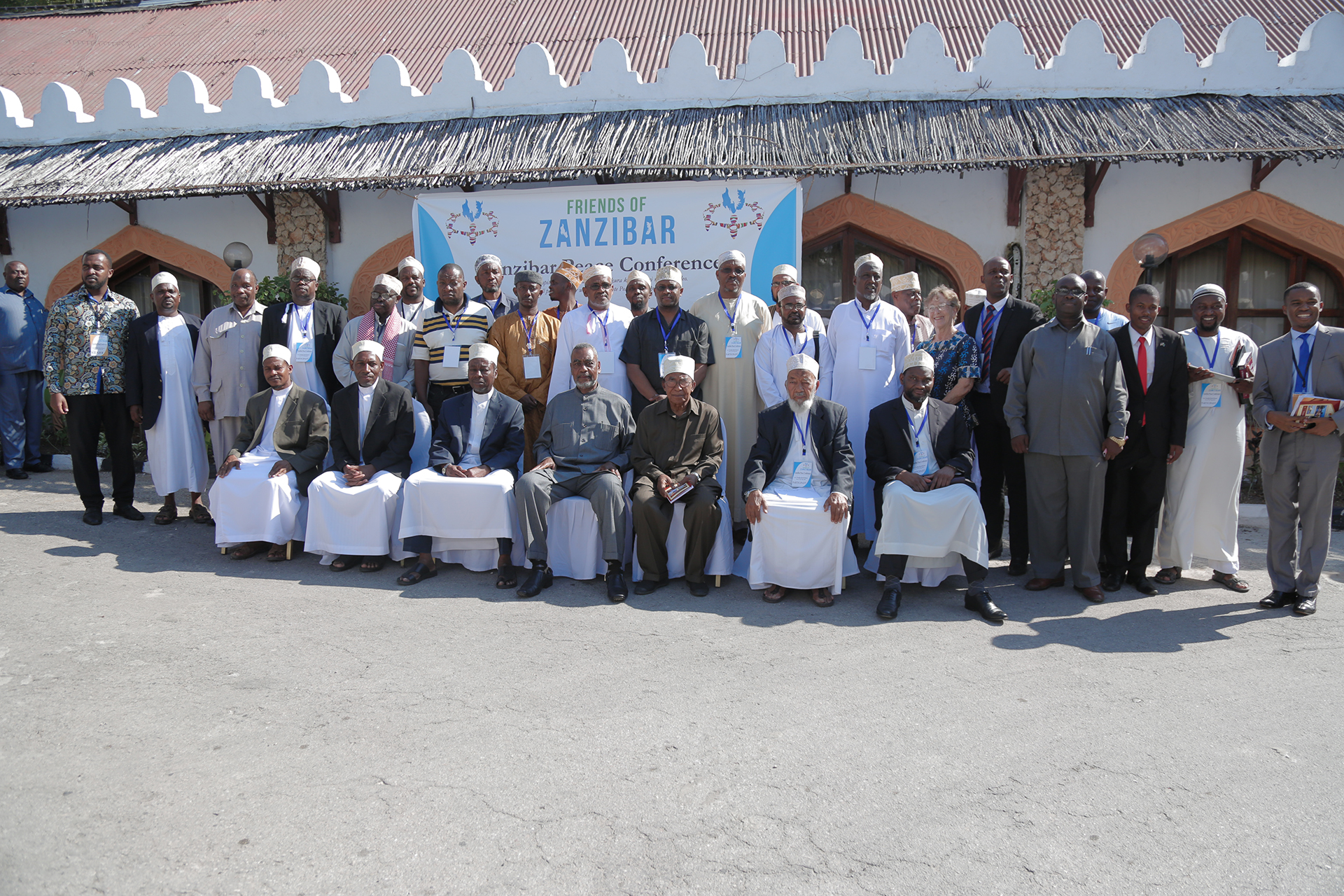 On the 19th and 20th September, the Office of Mufti in Zanzibar in collaboration with the GNRC through the Friends of Zanzibar initiative held a National Conference with theme “Elections will pass, Zanzibar will remain: Vote Peacefully for Development.” The Conference which brought over 100 participants together from six neighboring countries, mainland Tanzania and the Isles of Unguja and Pemba was preceded by an introductory Friday prayers for peace on 17th September at the Masjid Mushawara where the GNRC member from Zanzibar, Sheikh Soraga, Secretary of the Office of Mufti acknowledged the contributions of the GNRC in mobilizing religious leaders and young people in Zanzibar. Over 1,000 persons attended the prayers.

Youth Participants of the National Peace Conference in Zanzibar

The Conference brought together senior Muslim leaders from Mozambique, Malawi, Zambia, Burundi, Uganda, Kenya, Rwanda and mainland Tanzania who in their remarks commended Zanzibar for introducing Islam to their countries, whilst encouraging them to go through the elections and accept the outcomes of the elections peacefully. Religious leaders were also called to use their unique and influential platforms wisely – advocating for peace. 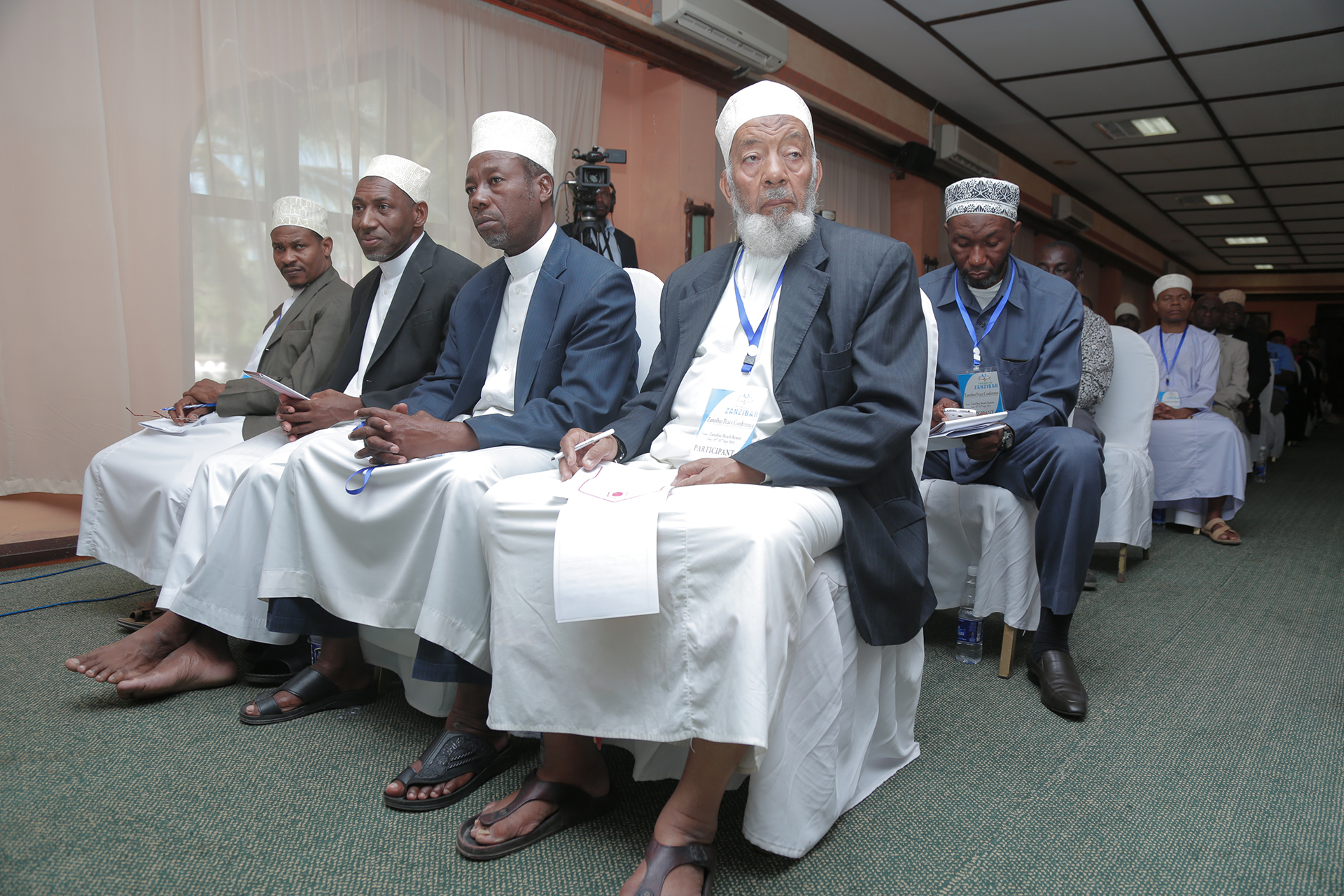 Some of the participants in the conference carefully listening to the presentations.

The Conference was opened by H.E. Amb. Seif Ali Iddi, the 2nd Vice President of Zanzibar. Highlights of the Conference included Case Studies from Rwanda by Dr. Sindayigaya Musa and Kenya by Dr. Othman Mujahid on the election experience from the respective countries. Additionally, presentations were made by Sheikh Ibrahim Lethome, an advocate of the High Court of Kenya on “Youth in Election: The need for a mentoring scheme after elections”; by Sheikh Abdulla Talib, Director Waqf and Trust Commission on “The Myth and Truth about Children trafficking in the Muslim community” and the “Importance of Women Organizations in Preventing Election Violence” by Halima Kassim of Zanzibar Muslim Association.

Before closing the Conference, Sheikh Abdulla Talib, Director Waqf and Trust Commission read the Peace Conference Resolutions before the Guest of Honor, H.E Seif Shariff Hamad the First Vice President of Zanzibar. The resolutions – a 13 point resolutions pointed amongst others need to ‘invest in youth through ethical and economic education to enable them to participate in the development of the country’; ‘to empower madrassah teachers to be better able to provide the necessary guidance to their pupils to be responsible citizens now and in future’; and the need to ‘engage the media and women groups to ensure they are part of the process in promoting peace in Zanzibar.’ 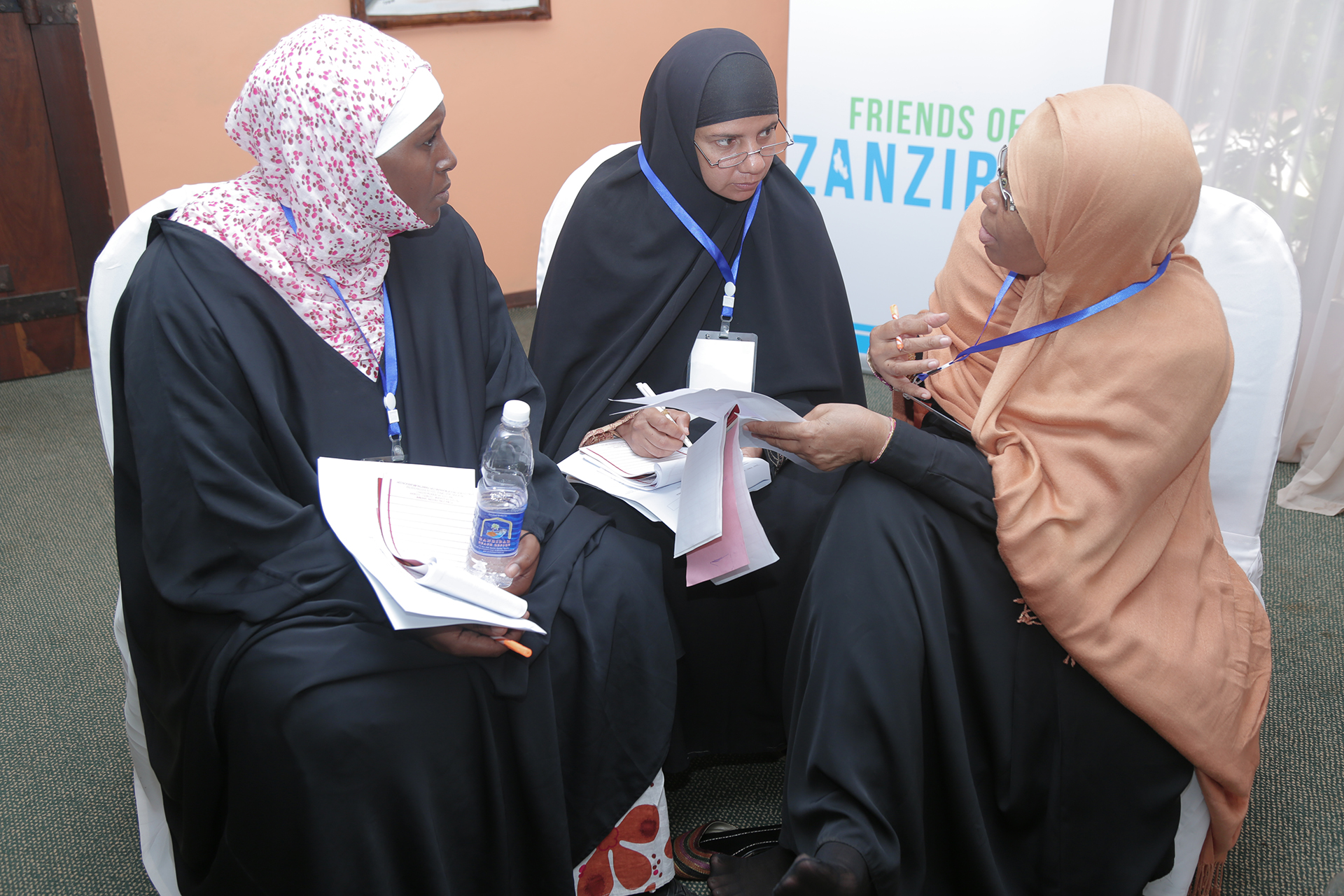 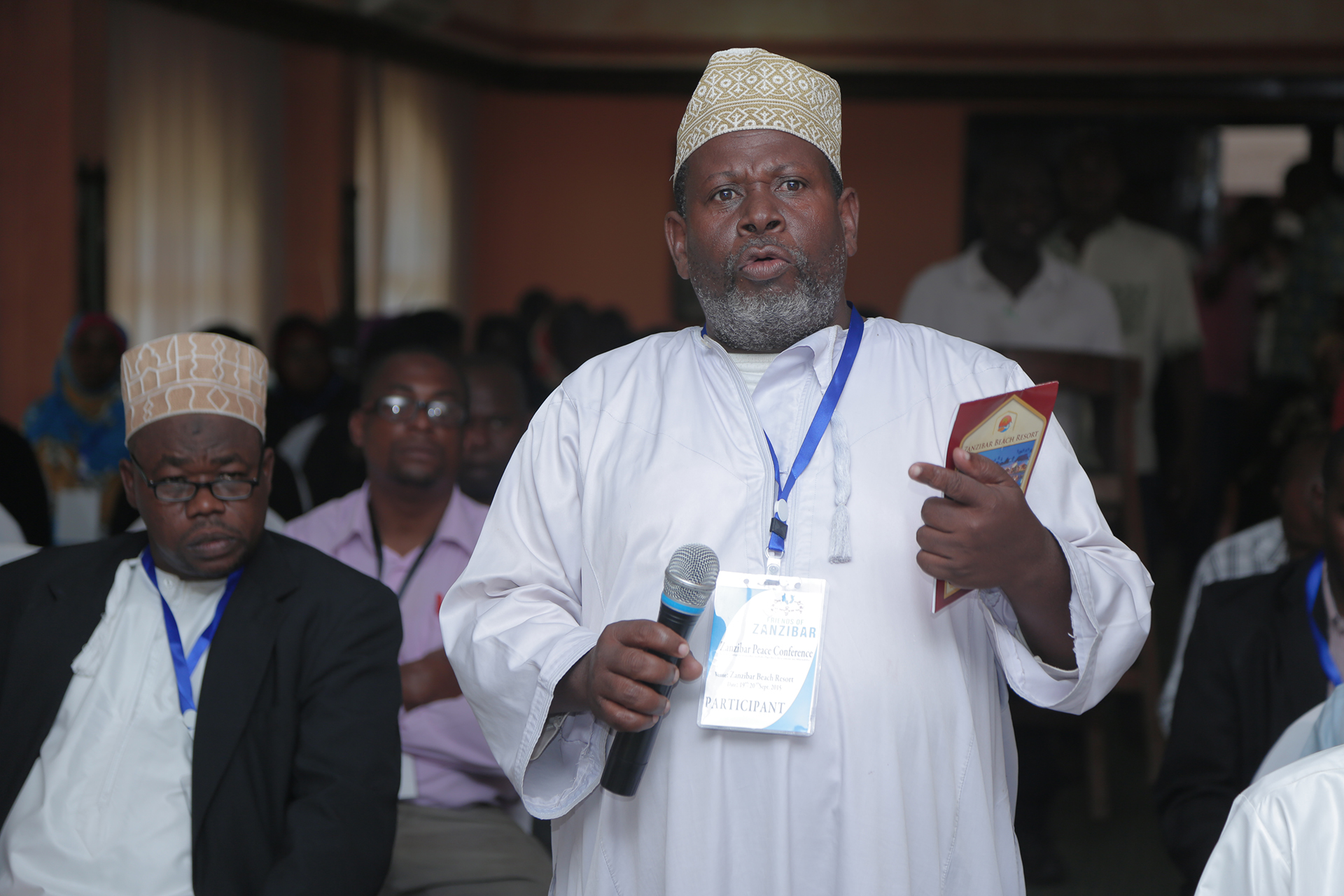 Left: Women peace participants actively brainstorming during a group work session in the peace conference. Right: A member of the forum posing a question to the peace practitioners during the conference

H.E. Seif Shariff Hamad, the 1st Vice President of Zanzibar officially closed the conference by thanking the organizers of the conference and calling on the Zanzibar Electoral Commission to ensure free and credible elections.