Message from the Secretary General, GNRC, on Ending Online Sexual Exploitation of Children 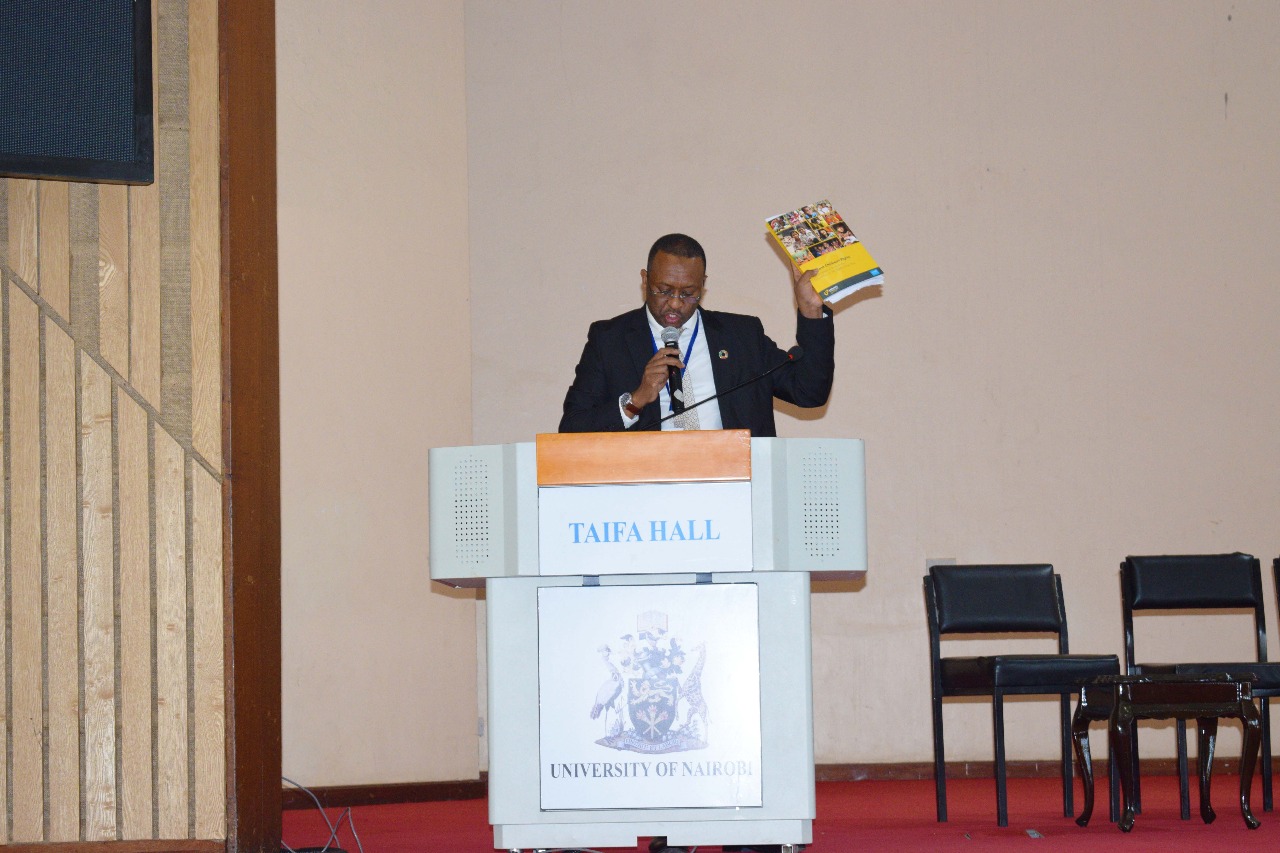 In November 1989, The United Nations General Assembly Adopted the Convention on the Rights of the Child. Then, many children never survived past their 5th birthday.

We are now marking 30 years of the UNCRC, the most ratified Human Rights treaty in the history of mankind.

Arigatou International, University of Nairobi and the Interfaith Alliance for Safer Communities, together with its partners, are marking this day by organizing an exhibition to highlight one of the most appalling but hidden crimes – that of online sexual exploitation of children.

Thanks to the CRC and the efforts of Governments, Non-Governmental Organizations, Faith Communities, Researchers, Youth and Children themselves, the quality lives of millions of children, today, has been improved. More and more children have access to better and improved health, education and nutrition. Many children are surviving, and thriving.

While the UNCRC was being adopted in 1989, the same year, something that has now changed our lives, the way we communicate and do things, was born—the INTERNET.

The technologies that power the Internet improved our lives in many useful and unimaginable ways.

But while the physical superhighways were built as a public good, regulated, patrolled and policed; the virtual superhighway was privatized, unregulated, unpoliced and unpatrolled. They remain so today.

This resulted in the millions of criminals prowling the virtual superhighway every moment. FBI estimates that there are 780,000 child abuse predators, pedophiles and psychopaths preying on children any moment that child goes online.

Majority of the 780,000 predators and psychopaths are networked, ordering real time pictures of children being defiled and sexually abused, paid for in Berlin, London, Paris, Washington DC, and with the commodity—sadly the child—being abused in Malindi, in Manila; in Zanzibar, in New Zealand, Thailand, Philippines, India, Tanzania, or in our homes.

This transnational criminal enterprise now generates 150 Billion USD every year. All in the virtual superhighway, virtually, unregulated and unpoliced.

Lat week, through the Interfaith Alliance for Safer Communities, we had an audience with Pope Francis, together with Tech companies, including Google, Facebook, YouTube, the Film industry and others, to discuss this challenge and put in place mechanisms to address it.

I must say I was disappointed at the way the Tech companies responded. They can do better, and much more.

While Tech companies make billions in profits, and while they fully recognize the pain children go through in the virtual superhighway, there seems to be such a low interest and will to stem these appalling and dreadful crimes.

A lot of criminal and painful acts on children are still ‘explained-away’ with privacy laws and freedoms to access information.

Well, if someone is accosting, abusing and raping children on a physical superhighway, or the physical streets; that person is arrested. How comes not on the virtual superhighways and streets?

WE need to do more to protect our children. The following are some immediate measures we could take to protect children in the virtual superhighway and streets.

To conclude, Arigatou International and UNICEF has just completed a study “Faith and Children’s Rights: A Multi-religious Study on the Convention on the Rights of the Child.” I urge all to read this study with keen interest.

In particular, I urge the university and research community to go deeper in to this problem, and shed more light in this hidden most extreme, appalling violence against our children, in a more systematic manner. We need more and scientific studies that will expose the magnitude of this problem, for policy makers to act on them.

To our children gathered here today, we will never forget you. We will work for you, and with you, to make this world a better place for you.