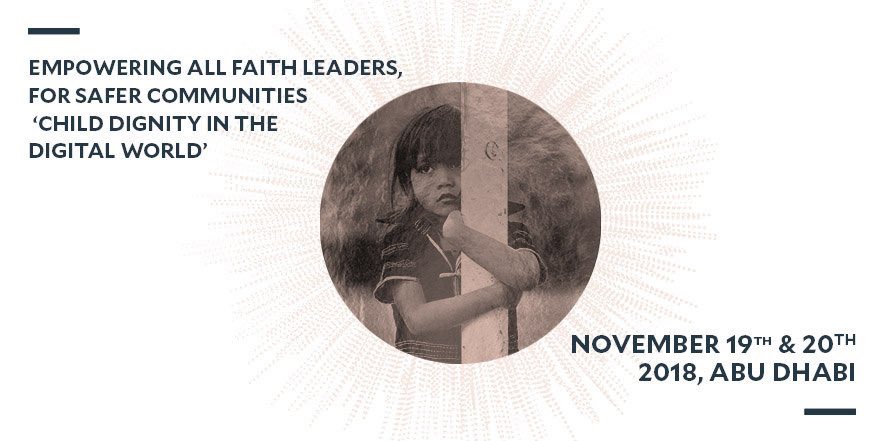 Under the patronage of His Highness Sheikh Mohammed bin Zayed Al Nahyan, Crown Prince of Abu Dhabi and Deputy Supreme Commander of the United Arab Emirates (U.A.E) Armed Forces, the U.A.E will host the first edition of the Interfaith Alliance For Safer Communities Forum on 19th – 20th November 2018 in recognition of the country’s leading role in promoting tolerance and interfaith dialogue.

The forum will host 450 guests including religious leaders, representatives from International and grassroots organizations, governments, faith inspired organisations, peace practitioners and heads of industries and business entities to discuss the world’s social challenges and develop comprehensive solutions for protecting children and youth from online exploitation and cybercrime.

The Interfaith Alliance For Safer Communities Forum is an expansion of the Child Dignity in the Digital World Congress, which was held in October 2017 in the Vatican that resulted in the “Rome Declaration” endorsed by Pope Francis. During the congress, U.A.E was recognized for its reputation for tolerance, and was asked to host an international forum to highlight its commitment to promoting interfaith dialogue. These efforts resulted in the formation of the Interfaith Alliance For Safer Communities.

Several international pre-workshops have been conducted in different countries including Cairo, Egypt; Nairobi, Kenya; Manila, Philippines; Santo Domingo, Dominican Republic; and New Delhi, India, culminating in the Interfaith Alliance Forum in Abu Dhabi, U.A.E. The pre-workshops highlighted the key topics that will be discussed during the forum.