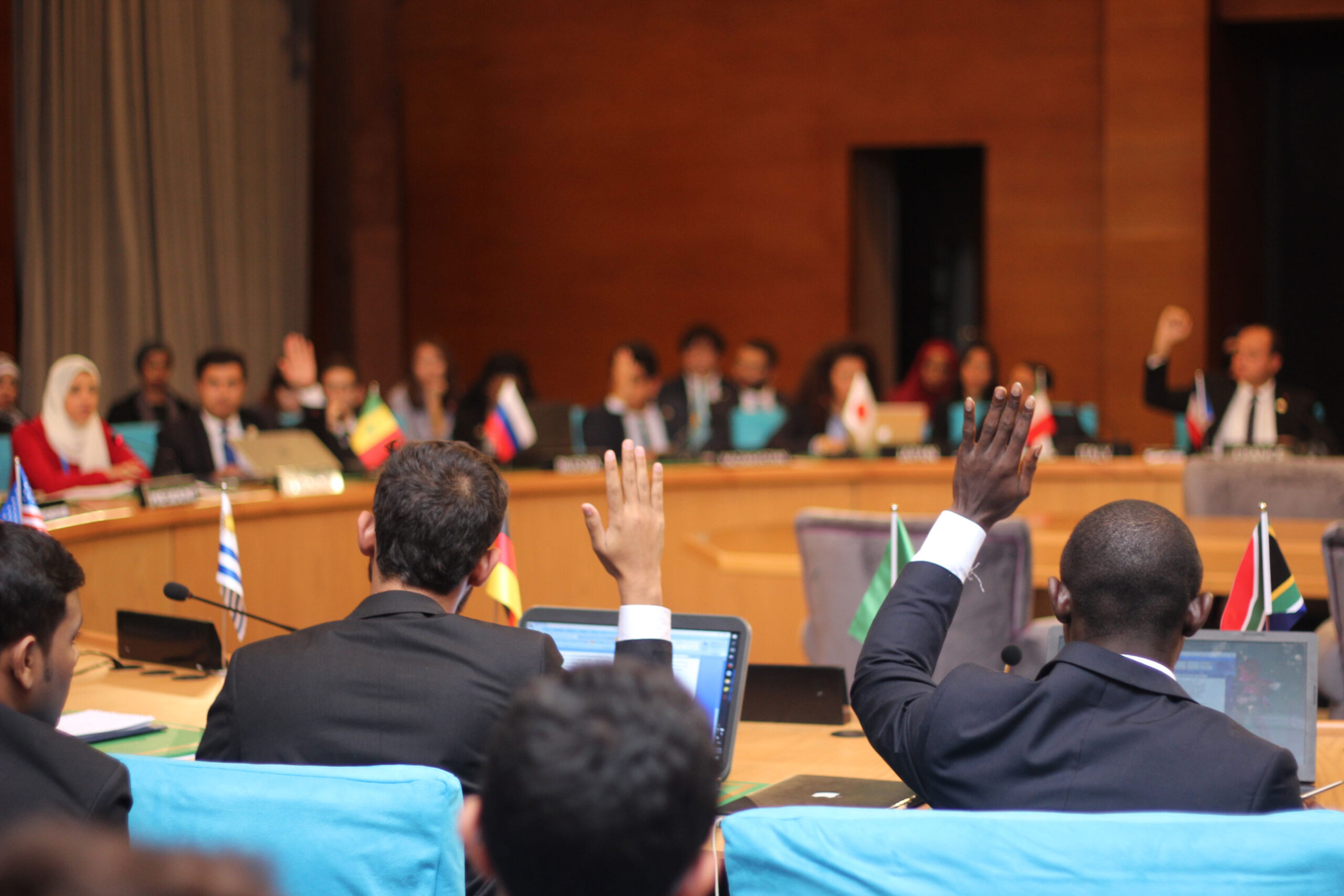 The President of Egypt, H.E. Abdel Fattah Al Sisi, joined five thousand (5,000) participants from across the world including youth, faith leaders, and representatives of governments, representing 160 nations during the second World Youth Forum in Sharm el Sheikh, Egypt from 3rd – 6th November 2018. The President of the State of Palestine, H.E. Mahmoud Abbas, and the Governor of Makkah, Prince Khalid bin Faisal Al Saud, also attended the opening ceremony. In his speech, H.E. Al Sisi argued for the need to create a world of “hope, beauty, and humanity, without conflict, poverty, ignorance and illness,” and to help young innovators realize their dreams. President Al Sisi called for a full and unreserved condemnation of the crimes committed by Daesh, and all the other extremist organizations in the world.

Keynote speakers at the opening ceremony stressed the need for discussion and exchange between experts in different fields and the need to impart knowledge to the young and using that knowledge to advocate and practise ‘good’ as enshrined in our cultural and religious practices.

The World Youth Forum brought together youth from around the world, together with decision makers and different influential persons to seek sustainable solutions to the world’s current issues including development and innovation; water security; and the role of soft power in countering violent extremism and terrorism. The Forum also sought to address the role of world leaders in developing and maintaining peace; the empowerment of people with disabilities; and the role of voluntary work in building for the future.

The United Nations Secretary General’s Envoy on Youth, Ms. Jayathma Wickramanayake, noted that the convention harnessed ideas of young people across the world on the need of youth empowerment, upholding peace and development in the social, economic and political spheres.

Iraqi Yazidi Human Rights Activist and Nobel Peace Prize Co-winner, Ms. Nadia Murad, said that the world is currently in the midst of several major crises and that extremists and terrorists oppress millions and deprive them of their human rights — particularly women and children.

The Secretary General, Global Network of Religions for Children (GNRC), Dr. Mustafa Y. Ali, represented the GNRC at the Forum. He participated in a panel discussion on the role of soft power in addressing violent extremism and its ideological foundations. He shared GNRC’s Fifth Forum commitment to end violent extremism, being one of the challenges affecting the world’s children and youth. “Today, many young people like you are engaged in GNRC Networks spread over 55 countries to address violence against children, against youth, and against communities,” he added.

Dr. Ali informed the participants that GNRC’s interventions were implemented through Building Resilience Against Violent Extremism (BRAVE) and Community Resilience Against Violent Extremism (CRAVE) programs targeting the Horn of Africa region. “Faith leaders and youth, supported by governments of Japan, Kenya, and bilaterally through the United Nations, are pushing back the ideology of terror and extremism”, Dr. Ali commented. He explained that the success of the BRAVE ideological pushback initiative and tools has led to the adoption of the program by faith institutions in Nigeria to roll back Boko Haram’s extremist advances.

Dr. Ali pointed out that GNRC Networks in Kenya, Somalia, Ethiopia, Tanzania, Uganda and other Horn of Africa countries, have joined hands through the Community Resilience Against Violent Extremism (CRAVE) and Regional Peace Program (RPP) supported by the Goldin Institute, Norwegian Church Aid, and many local institutions, to build resilience among the youth, families, communities, to make it harder for extremists’ recruitment. He expounded on the Learning to Live Together program, which nurtures children and young people by promoting values and ethics for children and young people within the framework of the child’s right to education as ascribed in the UN Convention on the Rights of the Child.

Dr. Ali concluded by proposing the adoption of these concrete programs, including BRAVE, CRAVE, Learning to Live Together, and others, in countries, where peace is a challenge, and to help youth and faith leaders to work together to push back the ideologies of terror and extremism.

Violent extremism is fast becoming a major threat to peace across the world, and many young people including children have been recruited into extremist groups. In the Eastern and Horn of Africa, as is the case in South Asia, Middle East, North Africa and now increasingly Europe and North America, more and more young people are being recruited into violence by extremist groups and organizations.