The first meeting of the GNRC Third Forum Organizing Committee was held in Tokyo, Japan from March 17 to 20, 2007, and preparations for the Third Forum are now officially underway. The Third Forum will take place in Hiroshima, Japan from May 24 to 26, 2008, followed by an assembly for prayer in Fukuoka, Japan on May 28.

In addition to determining the venue and dates, the GNRC Third Forum Organizing Committee discussed ideas for the Forum’s main theme and sub-themes, the modality of the sessions, as well as potential participants and speakers. The Committee also considered ways to create a dynamic interactive process between its own preparatory work and the GNRC membership in each world region. In the coming weeks and months, GNRC Coordinators will be soliciting a variety of input from GNRC members worldwide. 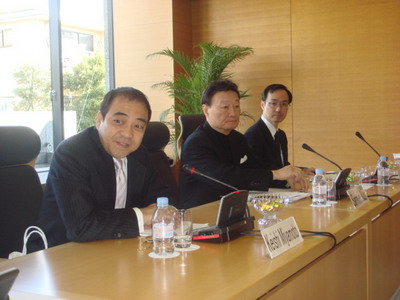 At the meeting, Rev. Keishi Miyamoto, Representative of the Arigatou Foundation, expressed his deep appreciation of the constant support that GNRC members have given the network in the eight years since its inception, and stated that the Third Forum should provide an opportunity to revisit the founding spirit of GNRC.

The Chair of the Committee is Mr. Samuel Koo, Ambassador for Cultural Cooperation, Republic of Korea, and its membership consists of the seven GNRC Coordinators and two experts in child rights, Ms. Meg Gardinier from the United States and Prof. Rebecca Rios-Kohn from Uruguay. Also participating from the Arigatou Foundation were Mr. Atsushi Iwasaki, GNRC Secretary General, and Ms. Agneta Ucko, Director of the Arigatou Foundation Office in Geneva. Special guests from UNICEF were also present: Mr. Dan Rohrmann, Director of the UNICEF Office for Japan and the Republic of Korea, and Ms. Hai Kyung Jun, Programme Officer. 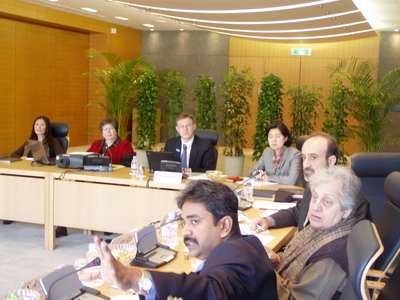 Since its inception in May 2000, the GNRC has held two global-scale Forums — the first one in Tokyo, Japan in 2000, and the second in Geneva, Switzerland in 2004. The Forums have been successful in creating platforms for religious leaders and other persons working with and for the children to exchange ideas and discuss ways to increase interfaith cooperation for the well being of children worldwide.