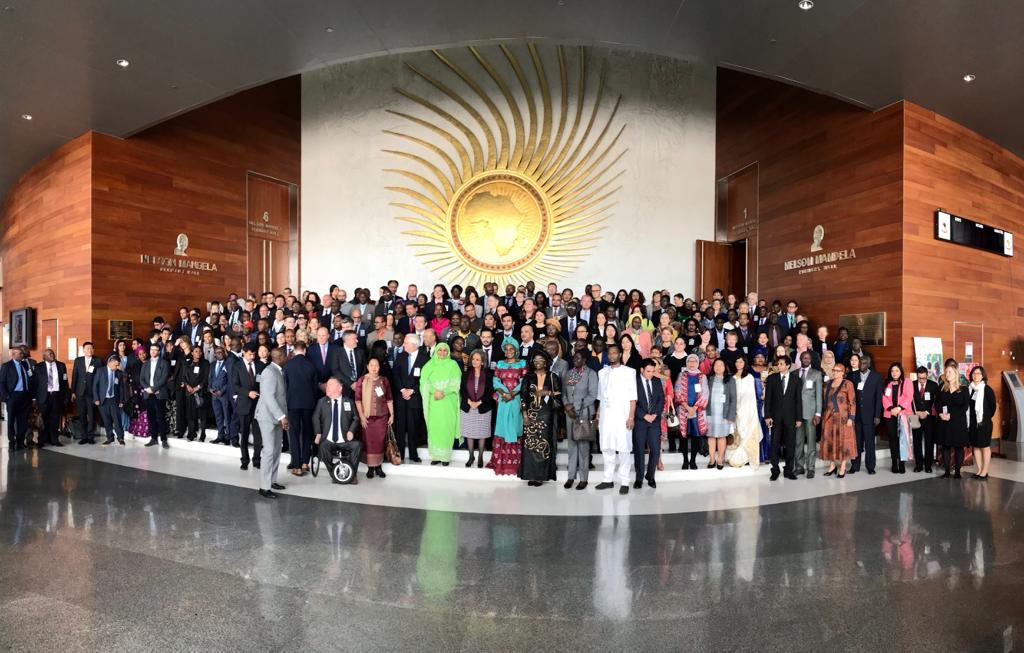 The African Union Commission (AUC) hosted the Global Summit to Tackle Online Child Sexual Exploitation on 11th and 12th December 2019 in Addis Ababa, Ethiopia. The summit was sponsored by the UK Government and the WeProtect Global Alliance. AUC, one of eight regional member organizations was invited to join the new Board of the WeProtect Alliance during the summit.

Participating also was the Interfaith Alliance for Safer Communities represented by Major Dana Humaid Al Maarzouqi, Director General, International Affairs Bureau, Ministry of Interior, U.A.E. In her remarks, Major Dana urged governments to prioritize the protection of children online to prevent its spread and effects on the young minds.

Michelle DeLaune, US National Centre for Missing and Exploited Children and the Hon. Peter Dutton, Minister for Home Affairs, Australia gave the Keynote addresses both emphasizing the urgency of the matter and asked all concerned, especially governments who are charged with the responsibility to protect their citizens, to take action. Hon. Dutton wondered, “How we can accept the argument that the privacy of criminals is more important than the safety of children.”

Two survivors of sexual exploitation against children narrated their harrowing experience in the hands of sexual abusers who went ahead to share their photos online tormenting them for a long time. They represented just but a few of the victims who have been lucky to get support.

Kenya was one of the countries which got the opportunity to share about their progress on child protection online including the various legal instruments, Action Plans, awareness creation, collaboration and reporting procedures. Kenya delegates also shared the recently concluded, “Special Exposition On Ending Sexual Abuse and Exploitation of Children,” in Nairobi which aimed at creating awareness and a call to action to end the scourge.

Facebook and Microsoft representatives spoke about the technologies they have put in place to protect children online including Photo DNA that detects sexual abuse images. According to Facebook, reportedly detected and removed millions of images in 2018 alone, 99% of which were removed without any reporting. The concern among participants was the “privatization” of child protection instead of it being one of good will. Legal challenges related to prosecuting offenders brought about by privacy laws were discussed. In the end participants urged for a balance between the right to freedom of expression and privacy on one hand, and right to protection on the other.

Despite the grim research findings about low response by African governments towards Online Child Sexual Exploitation (OCSE) that were presented by Dr. Antoinette Basson from South Africa, Her Excellency Amira Elfadil Mohammed Elfadil, Commissioner of Social Affairs, AUC assured the audience of her commitment to rallying all African governments to prioritize prevention of OCSE. The Summit Communiqué that she read captured this commitment. The high representation of African governments at the summit (48 out of 55), was perhaps a strong indicator that there will be a better response to the issue going forward.

The GNRC Network and Programmes Coordinator, Dr. Dorcas Kiplagat, attended the summit on behalf of Arigatou International – Nairobi. At the summit, the Global Threat Assessment 2019 was launched by Steve Grocki, Chief, Child Exploitation and Obscenity Section, U.S. Department of Justice.