The Working Group on Children and Violence operates within the umbrella of Child Rights Connect, a network of 82 international, regional and national organizations working on children’s rights and committed to ensuring that all children fully enjoy their rights. The Working Group’s mandate is to advance the recommendations put forward on the UN Study on Violence against Children launched in 2006, provide collaborative support to the Special Representatives of the UN Secretary General on Violence Against Children and on Children Affected by Armed Conflict, and to serve as a platform for information-sharing and strategy work on issues relating to violence that affect children. 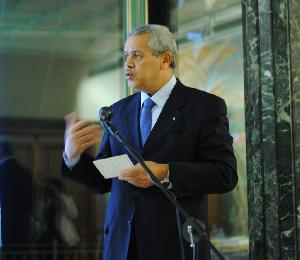 This campaign and call for action has its origins in the High Level Panel on Violence Against Children proposed in the Resolution 25/10 of 26 March 2014 and that took place on 23 September during the 27th Session of the Human Rights Council. The campaign aims to create awareness and commitment among governments, partners and at the UN level of the importance to ensure that prevention, protection and action to end violence against children become a priority in the Post 2015 agenda and is treated both as a stand-alone concern and as a cross-cutting priority.

H.E. Ambassador Mr. Boudjemâa Delmi of the Permanent Mission of Algeria welcomed the participants and invited them to reinforce all the means to protect children from violence taking into consideration their needs and aspirations. He called the attention particularly to children affected by armed conflict and highlighted the need to develop a culture of protection through sensibilization on the topic. Ambassador Delmi expressed that we all have an excellent opportunity with the Post 2015 global development agenda to reinforce all means to promote and protect children’s rights. 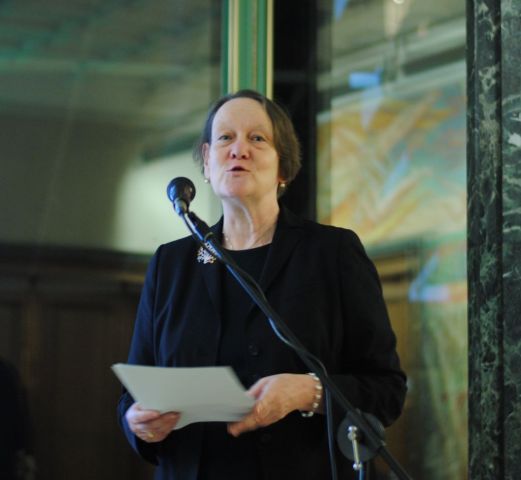 Mrs. Jane Connors, Director Research and Right to Development Division, OHCHR stated that violence against children is a challenge we still confront and that the Post 2015 development agenda is an opportunity to address it. She called for the involvement of children themselves in our efforts and for more political commitment to end violence against children. Ms Connors shared several of the challenges that children still face today, but also emphasized that there have been progress in the area, though still fragmented. She called for more investment in prevention, enforcement of the laws that prohibit corporal punishment, additional research on the topic and sustained investment in families and gender approaches.

Mrs. Marta Santos Pais, Special Representative of the UN Secretary General on Violence against Children, addressed the participants through a video message in which she emphasized the imperative and urgency of addressing violence against children, particularly in light of the Post 2015 global development agenda. She shared that children themselves have expressed during consultations their deep concern for the high level of violence that shapes their daily lives, and made a strong call for violence to be a crucial priority in the Post 2015 agenda.

Violence compromises the enjoyment of children’s rights and social progress and slows economic development. Mrs. Santos Pais reiterated that freedom from violence is necessary for sustainable development. She welcomed this campaign and called all member States and partners to work together to influence the Post 2015 development agenda to make sure that it is anchored in international human rights standards, bridges development and children’s rights and that is visibly guided by the best interest of the child. She welcomed the most recent outcome document of the Open Working Group that includes violence against children as a stand-alone target as well as a cross-cutting concern, and urged participants to continue working to preserve their inclusion in the forthcoming intergovernmental negotiations. 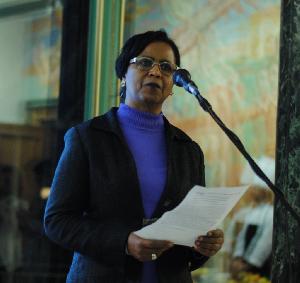 Mrs. Akila Aggoune, Senior Advisor, Child Rights and Partnerships UNICEF, shared the recent UNICEF report Hidden in Plain Sight, which contains the largest compilation of data and statistical analysis of violence against children to date, and its accompanying piece called Ending Violence Against Children: Six Strategies for Action, that presents recommendations to tackle the issue. Mrs. Aggoune emphasized that UNICEF will continue to work with world leaders and representatives, to ensure that the Post 2015 framework represents a strong agenda for children, and that the goals and targets for children in the Working Group reports are retained and strengthened in the final framework. She expressed UNICEF’s commitment to prepare for the implementation of the Sustainable Development Agenda, support the development of monitoring and evaluations tools to demonstrate that it is possible to make rapid progress towards ending violence against children.  Mrs Aggoune shared that UNICEF will prioritize new policies and initiatives for child protection during the coming years.

Finally Mrs. Maria Lucia Uribe, Director Arigatou International Geneva and Convener of the Working Group on Children and Violence reiterated the importance of the issue for the Post 2015 development agenda. She invited the Permanent Missions, UN agencies and other partners to join efforts in Geneva and particularly to be part of a series of meetings and events that the Working Group will be organizing in 2015, in collaboration with several partners, to make violence against children more visible in the discussions at the UN, in the new development goals, and in concrete laws, programs and actions. Mrs. Uribe introduced the video Act Now – End Violence Against Children, developed by the Working Group. The video presents seven concrete recommendations that follow the discussions and outputs of the High Level Panel on Violence Against Children held in Geneva last September. She invited participants to watch, share and disseminate it widely, and start implementing the recommendations now.

Special thanks go to the Permanent Mission of Algeria for co-sponsoring this event, and to the office of the Special Representative to the UN Secretary General on Violence Against Children, OHCHR and UNICEF for their collaboration. Thanks to all participants, ambassadors and other representatives, for attending this call and for joining efforts to end violence against children.