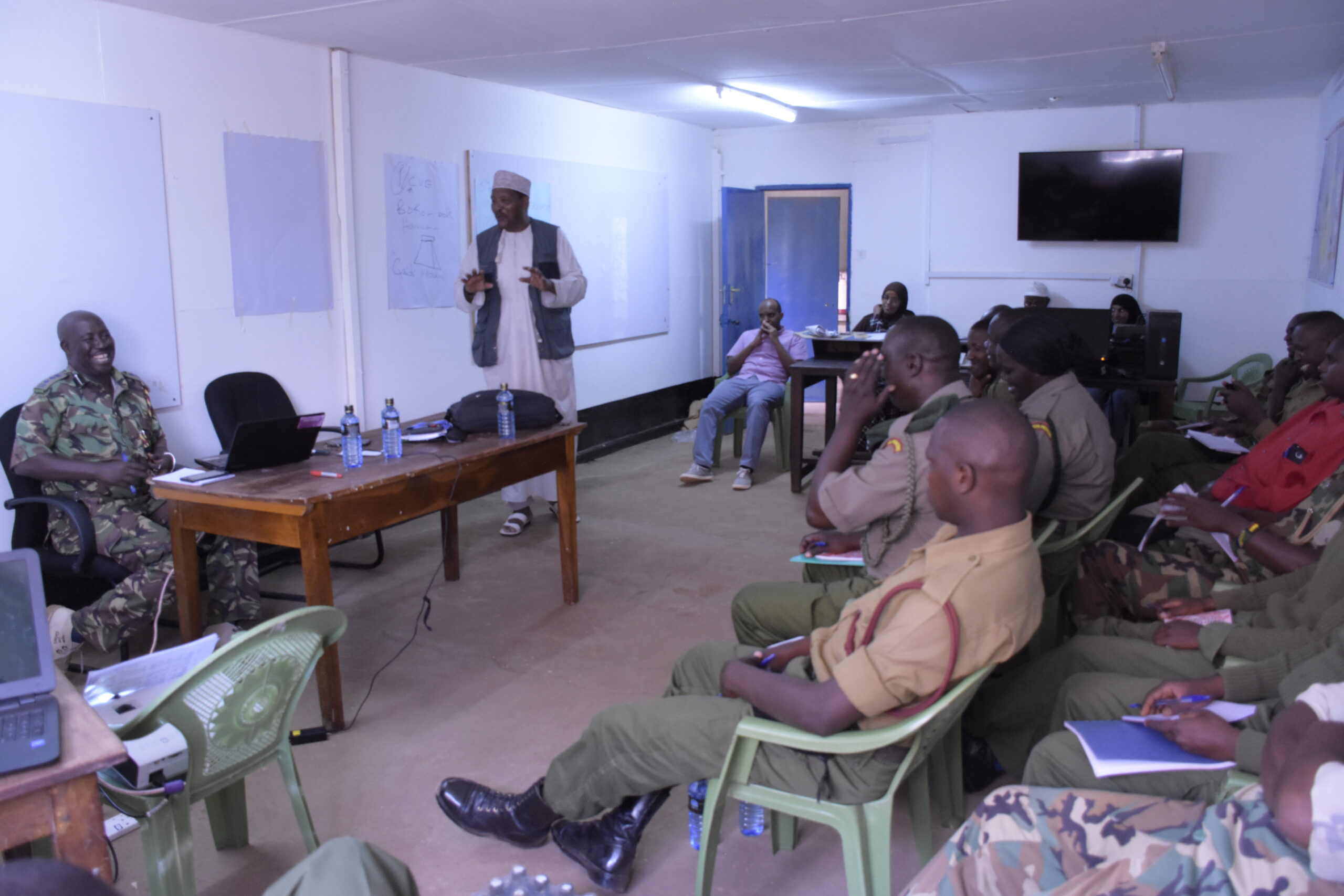 Radicalization into violent extremism is a serious problem affecting Kenya. In the recent years, there have been several terrorist attacks in several parts of the country with an increased number of youth and children falling victim. Isiolo is one the regions affected by violent extremism. This is due to the town’s proximity to the Somalia border with occasional issues of ethnic conflict, marginalization (whether real or perceived), remoteness of the region, high number of unemployed youth, unaddressed historical injustices, poor relationship between the public and security organs, among others.

Although Isiolo County has not experienced any major terrorist attack, there are several cases of youth from the county who have been recruited to join terrorist groups. A few months ago, a vehicle carrying explosives and other weapons was intercepted by security personnel in Merti area, Isiolo County – a clear indication that the county was being used as the new route for ferrying illegal weapons into Kenya. This situation compelled Isiolo Peace Link to convene two workshops from 2nd – 5th July 2018 in Isiolo, Kenya.

A total of one hundred and ten (110) participants including ninety (90) youth from Isiolo, Marsabit and Moyale attended the first workshop and twenty (20) members of the Peace Co Brigade which brings together officers from the Kenya Police Service, Administration Police, Kenya Prison Services, and Kenya Forest Service attended the second workshop. The focus of the workshops was on effective approaches to preventing and countering violent extremism as well as identifying key drivers of radicalization into violent extremism. It was also to debate on the importance of partnership between peace builders and enforcers.

Through the workshops, the most affected regions were identified as follows: the Coastal Counties: Kwale, Mombasa, Kilifi and Lamu; Northern Kenya Counties bordering Somalia: Garissa, Wajir and Mandera counties; and Nairobi County specifically Eastleigh and Pumwani areas. The counties are viewed as “hotbeds” of radicalization and have also experienced the highest number of terrorist attacks in the country.

Sh. Ibrahim Asmani Lethome, a member of the Arigatou International Advisory Group and member of the GNRC, facilitated some of the sessions. He shared some of the many P/CVE interventions both at the national level and county level by both state actors and non-state actors. Sh. Lethome added that P/CVE can only be effective if interventions identify and address all the underlying causes or drivers of radicalization into violent extremism within each context; and if the approach is a collaboration between state and non-state actors as strategic partners.

Sh. Lethome highlighted some of the early warning signs of radicalization into violent extremism including: family intricacies, risk-taking behaviors, negative peer influence, presence of hate and death rhetoric, and being a member or aspiring to be a member of an extremist group, among others.

To emphasize the importance of collaboration, participants were divided into three groups with the following tasks:

Task One: Each member to draw parts of an undisclosed animal on a piece of paper without disclosing what animal it is to the other members in the group. i.e. one member to draw the head, another one the neck, another the front legs etc.

Task Two: Each member was asked to cut out the part of animal they had drawn.

Task Three: The different parts are then joined together and glued on a manila paper to form a complete animal.

The results were funny looking creatures that defy description of any known animal. It was clear that without collaboration and coordination, P/CVE would fail. Participants agreed to share the knowledge received with others. 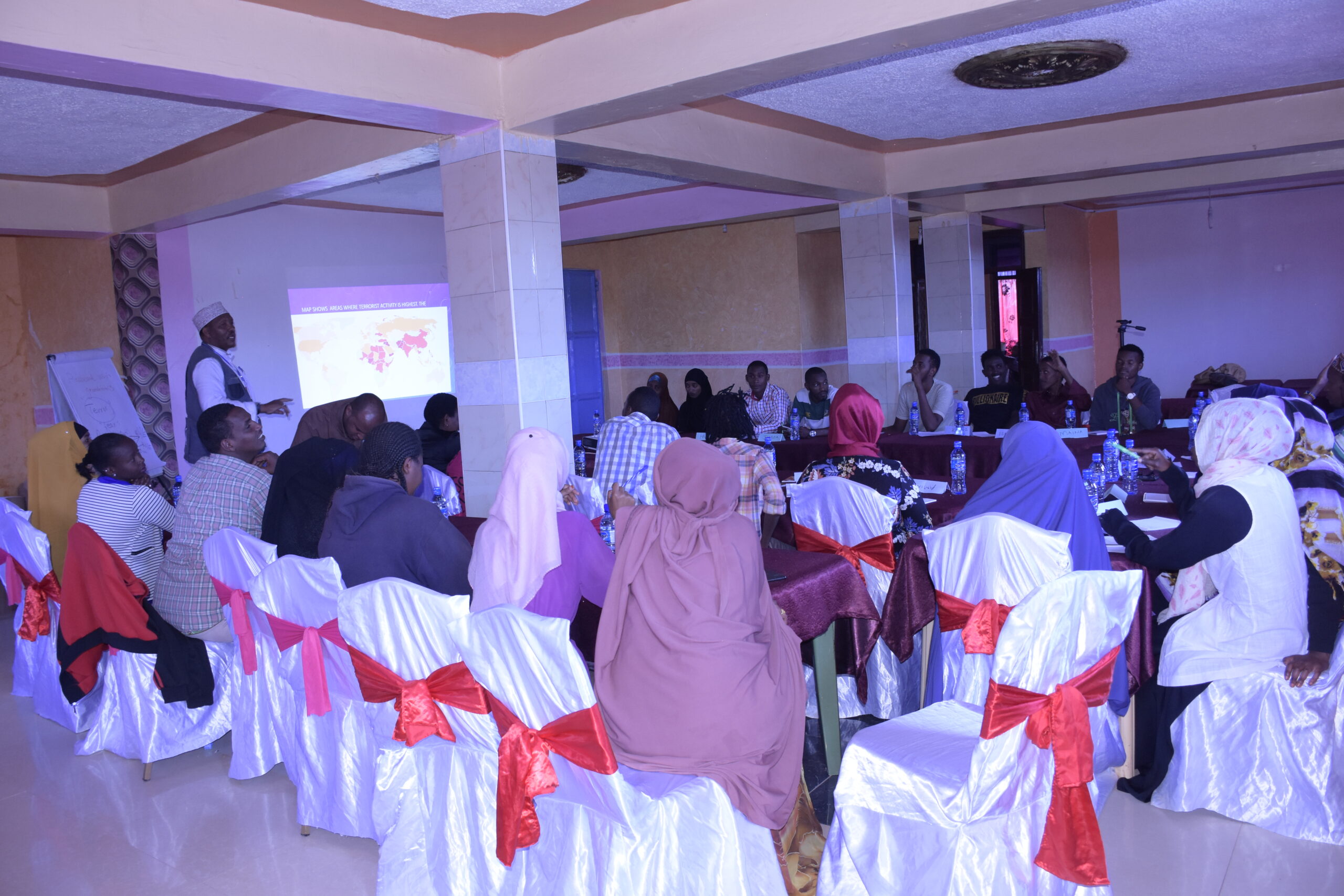