GNRC South Asia (GNRCSA) network has agreed to support and endorse the idea of international day of prayer during the regional discussions in Hiroshima last may and at the same time GNRCSA propose a week of prayer instead of a day and various activities planed through out the whole week. Accordingly the title has been modified as “A day of prayer, worship, meditation and action for children by the world’s religions” as it to be more culture and religion friendly. Also the GNRCSA has decided to continue ‘Walking Together’ Campaign to train Youth Leaders to take up issues at the regional level and this event would be another milestone of region wide initiatives taken by the GNRC.

Action Plan on International day for Prayer will combine three major countries in the region.

India, Nepal and Sri Lanka were the countries involved in Ethics Promoting campaign (EPC)and they came up with an action plan as soon as the third forum ends. All the activities in these countries will be conducted with the help of remaining funds which were allocated to the EPC. 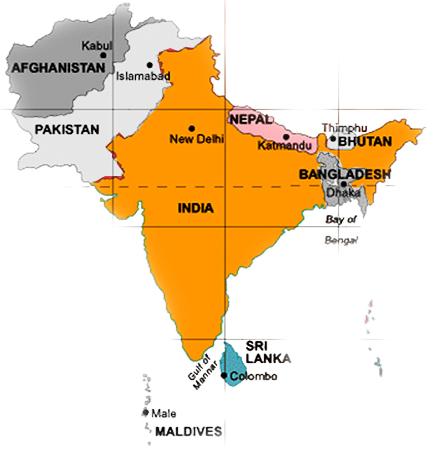 The Shanti Sewa Ashrma and Hindu Vidyapeeth-Nepal have decided to organize the different events to mark the day as follows:

1. Nov. 19th , Wednesday –
Poetry and singing competitions amongst the children of Helping Children Study Club ( HCSC) and Prize Distribution at the Ashram

2. Nov. 20th , Thursday –
A day tour program for the members of Peace Club of Hindu Vidyapeeth – Nepal (HVP). This program will include visits to the centers of different faiths along with some naturally serene places.

All these events will include prayers and devotional songs from all religious faiths and programs will be comprised with discussions and interactions to mark the importance and positive influence of prayers to the life of every individual. Shanti Sewa Ashrma plans to invite few distinguished religious leaders to shed light on prayers to create world peace.

There will be a Special Prayer Session at Hindu Vidyapeeth-Nepal. Students from different faiths will perform their prayers and hold an interaction program to strengthen the spiritual awareness.

GNRC India has also initiated a Nation wide action plan for “A Day of Prayer and Action for Children” to be carried out between 14th November till 21st November 2008 in the GNRC project areas as a continuation of Walking Together Campaign.

Shanti Ashram, Coimbatore has been the focal point to organize GNRC activities in India and this time they are organizing a major events named “SEA”.Every child is a promise, a sacred gift, a living sign of the future. The challenge before us is therefore how to empower children and enhance their innate ability for hopeful and positive living.

SEA is an intended to reach a large audience of children through this event; hence the event is called ‘Sea’. It is envisaged that nearly a 1000 children should be able to participate. The event includes the following components:
* Interfaith Prayers
* Session dedicated on ‘Child Rights'(it could even include conducting a rally)
* Organizing various types of competitions/ activities giving importance to ‘Ethical values’ as articulated in the ‘Learning to Live Together’
* ‘Shramadaan’ – which means gift of Labour ( This can include Cleaning, Planting trees, Helping differently abled Persons….action is the key dimension here!)

Stream wishes to cover 250 children and the event captures through
* Interfaith Prayers
* Session dedicated on ‘Child Rights’
* Journey for Peace – visit to various places of worship of different religions.
* ‘Shramadaan’

Brook is the smallest event among the range of events where 100 children will be participating. This event captures
* Interfaith Prayers
* Session dedicated on ‘Child Rights’
* Conducting work shop on ‘Ethics Education’
* Shramadaan

As Brooks join to form a Stream; Stream leads to make a River; River flows into the Sea which finally joins an Ocean; likewise , all these small events create an Ocean of children across India to participate successfully in the Day of Prayer and Action for Children.

GNRC Sri Lanka will be organizing a meditation programme led by Dr. A.T. Ariyaratne on the 24th November 2008 from 3.30 – 5.30 pm at Damsak Mandira premises, Moratuwa-Sri Lanka. There will be more than 200 children participating at this event representing various units of Sarvodaya Movement and it’s initiatives with children all around the country.

Sarvodaya Shramadana Movement celebrates it 50th anniversary this year and its services for humanity across Sri Lanka. Sarvodaya derives from Buddhist and Gandhian philosophies which aims development through non- violence and gifting of labor.

This particular event which has being organized by Sarvodaya and GNRCSA will be the official as well as the concluding event of the week long activities carried out in the region to celebrate International day for Prayer.

The programme will start with the religious observances from all four religions conducted by the invited clergy representing each faith. The welcome speech and the introduction to the International day for prayer will be delivered by Dr.Vinya Ariyaratne, the GNRC Coordinator of South Asia. An official representing UNICEF- Sri Lanka will deliver a speech on the 60th anniversary of UN Declaration of the Rights of the Child and the 20th anniversary of UN Convention on the Rights of the Child. The event will conclude with the Meditation conducted by Dr. A. T. Ariyaratne.

The range of events being organized by the GNRCSA is a pilot event in the region on celebrating the International day for Prayer and GNRCSA plans to have parallel event covering the whole region form next year onwards.