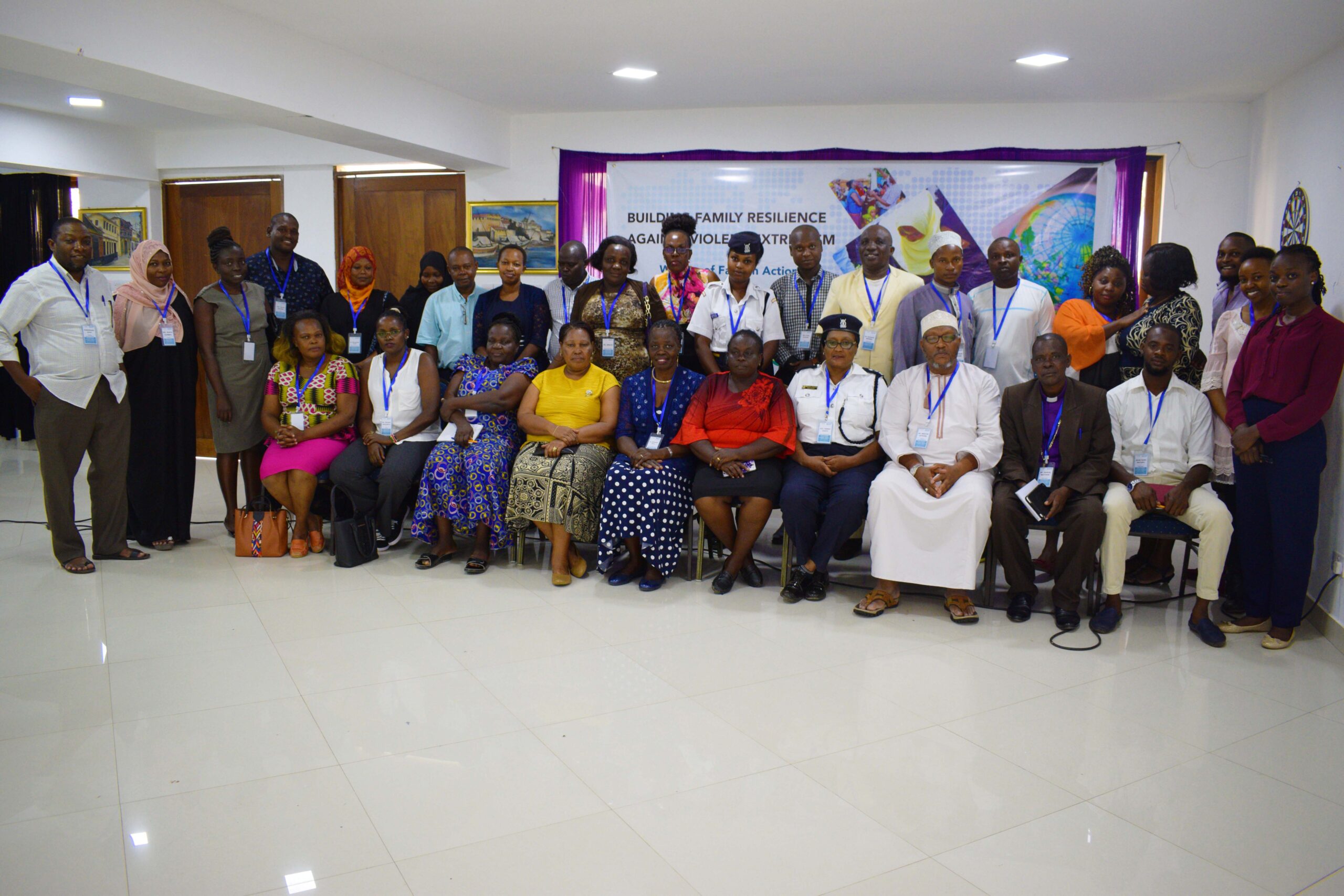 In its continued efforts to actively involve women in Preventing Violent Extremism (PVE), Arigatou International–Nairobi builds women’s capacity to educate children and young people against radicalization into violent extremism. On the 2nd December 2019, Arigatou International–Nairobi in partnership with the Global Community Engagement and Resilience Fund (GCERF) formally launched the, “Building Family Resilience: Women of Faith in Action,” project in Mombasa, Kenya. This was two months after an equivalent project had been launched in Nairobi to run simultaneously with the one in Mombasa. 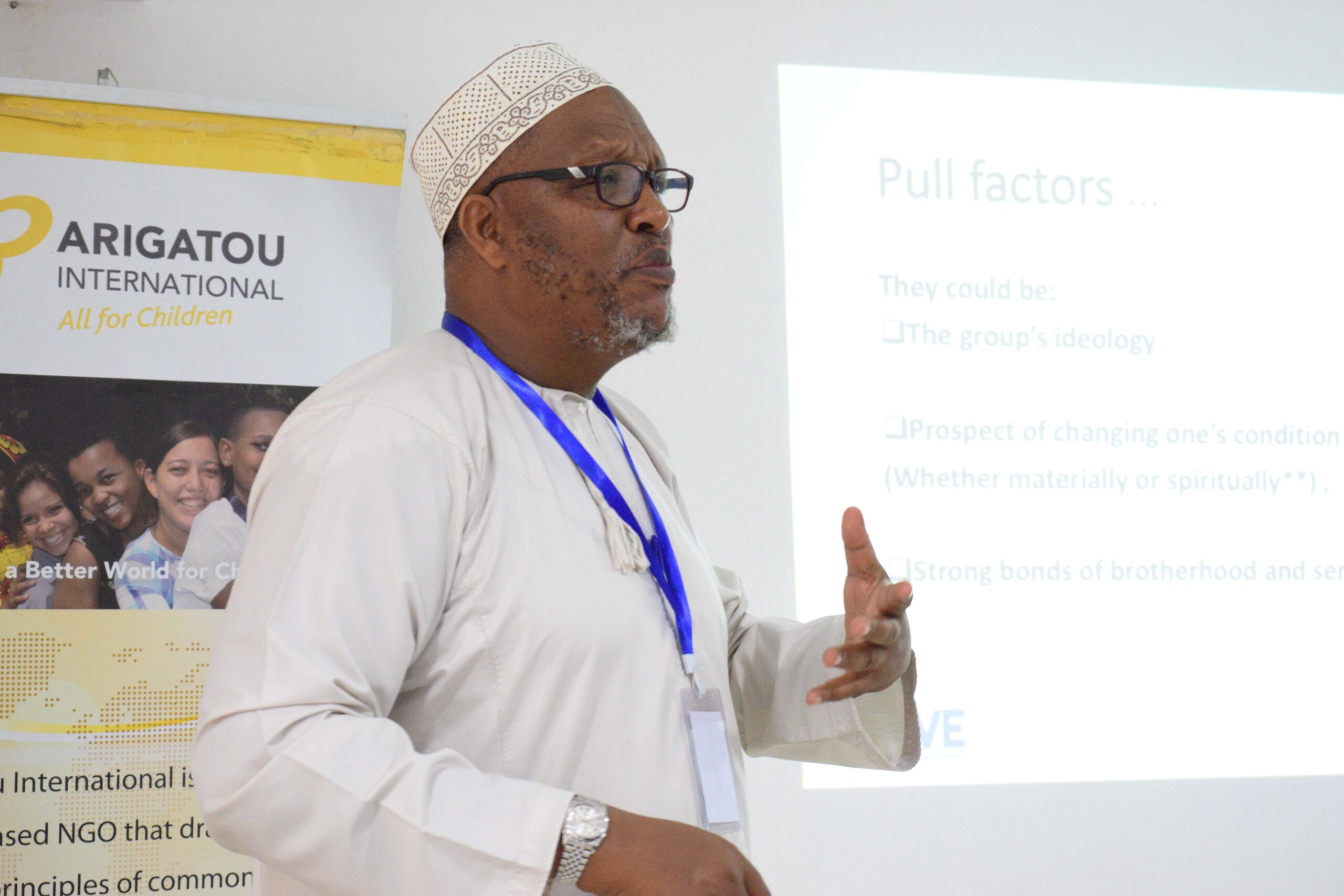 In his introductory remarks, Arigatou International Advisory Committee Member, Sh. Ibrahim Lethome, gave a brief introduction of the project noting that Arigatou International recognizes the importance of peaceful and inclusive societies as an integral element for sustainable development at all levels including individual, communal and national. “It is in this line that Arigatou International in partnership with GCERF are implementing the Family Resilience Project – that seeks to actively involve women in Preventing Violent Extremism by building their capacity to protect their children and the young people against radicalization and violent extremism,” Sh. Lethome added.

He suggested that the process could be implemented by creating awareness on violent extremism and establishing platforms and spaces for women, youth and children to actively participate in PVE matters. The programme will also empower women to fend for themselves.

It was pointed out that the project aimed at enhancing coexistence and understanding between diverse communities and enhance their resilience towards the existing threat – that is violent extremism. It was reiterated that the aim of Arigatou International is to promote the welfare and dignity of children and youth including protection from exploitation and abuse of their rights.

Arigatou International draws its principles from the UN Sustainable Development Goals and the Panama Commitments on Ending Violence Against Children.

GNRC–Kenya Coordinator, and Director Centre for Sustainable Conflict Resolution (CSCR), Sh. Ramadhan Aula, gave an in-depth description of the project including foreseen activities and results of the project. He highlighted that the programme was a pilot project that would be implemented in Kisauni, Mombasa and Pumwani, Nairobi with a view of expanding into a nationwide project. 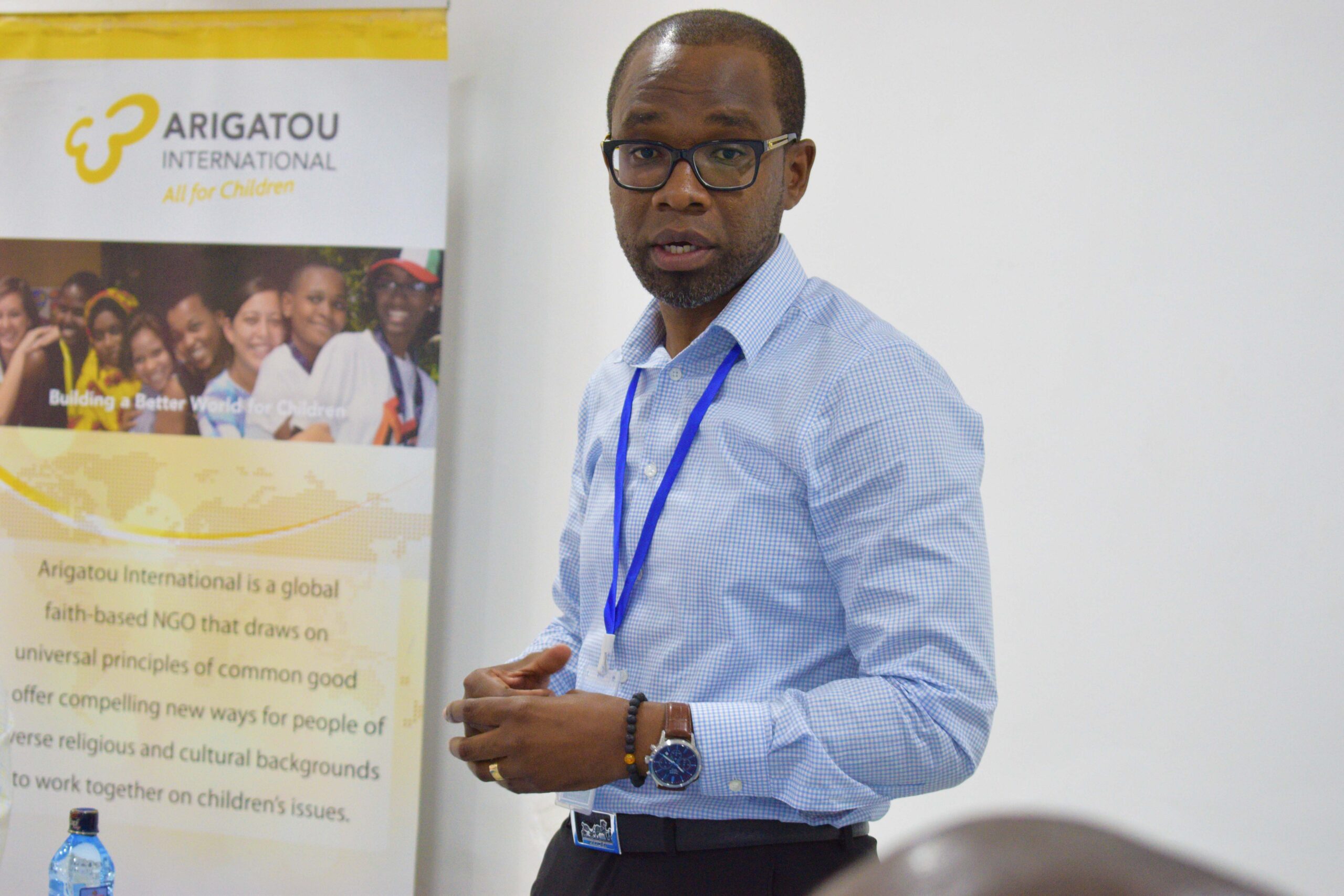 The County Government representatives present indicated their support for the Family Resilience Project recognizing that it has come at the right time. In his remarks, Mr. Tendai Mtana, Director and Chair of the KAYA Advisory Board highlighted that, “If we are going to deal with the menace of violent extremism or any other issue like corruption or women empowerment, we must go back home and begin with the family.” He applauded Arigatou International for implementing the project since it came at a time when the most important organization was at risk – the family.

Mr. Mtana confirmed to participants of the availability of the Government Women Enterprise Fund and that his office was ready to partner with Arigatou International in offering financial support to women. He challenged participants to strive to protect the sanctity of a family. “What will be the role of the family in attaining future goals? Everyone of us was born in a family. Nothing will last for long than a family. We must go back home and regain our positions as fathers, as mothers, as brothers and sisters and as neighbors,” Mr. Mtana stated. He advocated for interfaith dialogue and coexistence as it brings everyone together irrespective of the indifferences. “Let us be the face of faith,” he concluded.

Pt. Leonard Menego thanked Arigatou International for seeing the importance of interfaith cooperation noting that faith has the power to achieve an understanding in even the most unexpected scenario. He noted that the forum is a challenge to faith leaders to learn about other faiths and also extend the word of God outside the places of worship. He commended the move to support women in peace and development, adding that when women in the community are empowered then the entire community is empowered.

Imam Omar Bashora acknowledged the importance of empowering women against radicalization and violent extremism. He explained that by empowering women, we seek to better the future of our societies since women are the first to notice the behavioral changes in children. “When it comes to child upbringing, it is the mothers who spend more time nurturing and enlightening a child,” he explained. He however cautioned parents who neglect their duties and allowing a vacuum for extremists to prey. “We must show our children and youth love. If we don’t then the extremists, criminals and gangsters will show them their type of love and acceptance,” he stated. 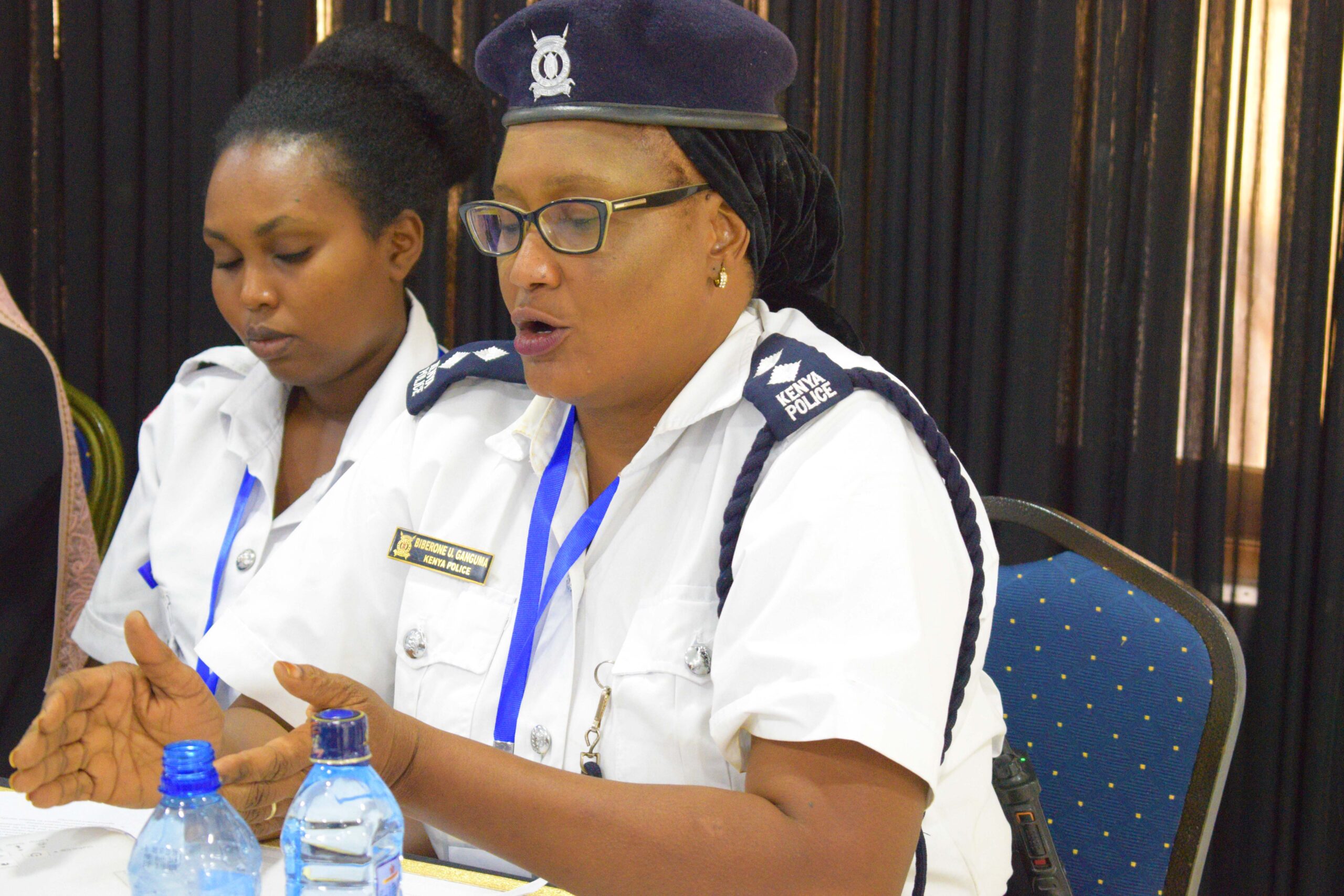 Inspector Biberone Umazi from the National Police Service of Kenya shared the alarming findings of how children and youth within Kisauni as young as 12 years old are being radicalized to perpetrate violent acts. She gave the example of ‘wakali wao’ a terror gang in Mombasa made up of children and youth that commit acts of terror within Kisauni. She stressed on the importance of public participation in bringing back order; by giving first-hand information to the police and being informed on what children and youth are involved in. She added that parents have also been a barrier to security, by bailing out their children who have been found guilty or are under investigation. This then creates a leeway for the young individuals to commit more crimes. “Let us come together as mothers, as parents and protect our children as it used to be in Kenya and the broader Africa when the child belonged to the community. Security begins with you,” she stated.

“Caring for our children is our priority, it is our most precious asset and their future will be determined by the choices we make today,” conclude Sh. Lethome. The event was brought to an end with an interfaith prayer from the Christian and Muslim faiths.