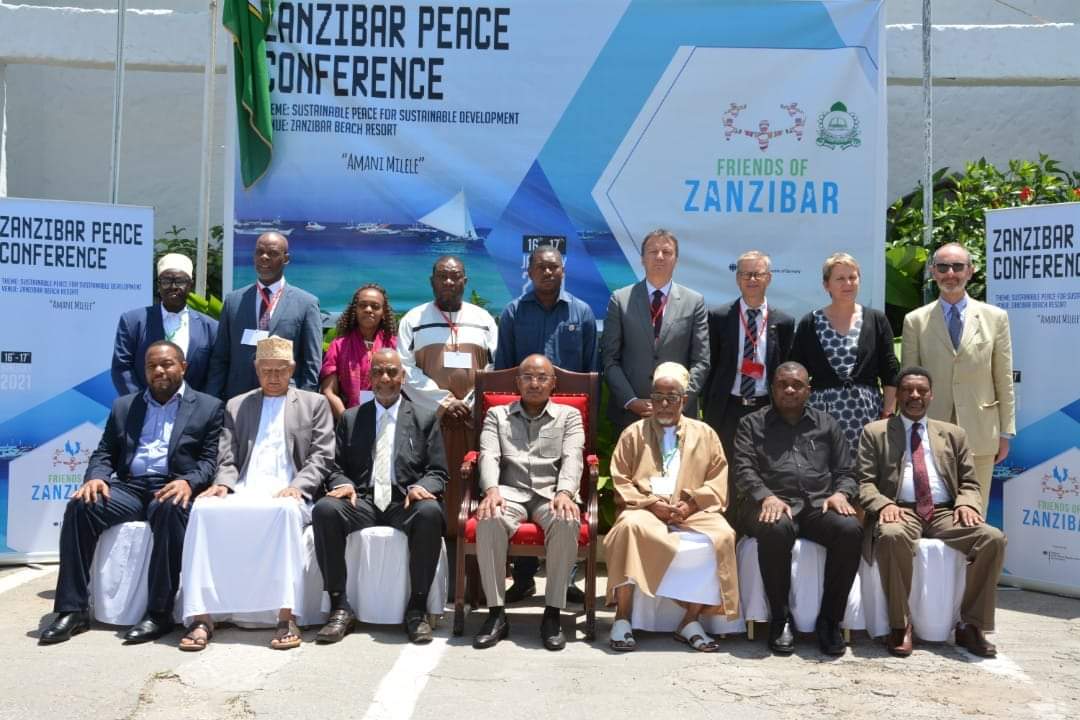 The event aimed at strengthening peace and unity in Zanzibar and the East African region. At the meeting, a strong link between peace and sustainable development was seen as a prerequisite in healing political wounds and faith instigated conflicts. 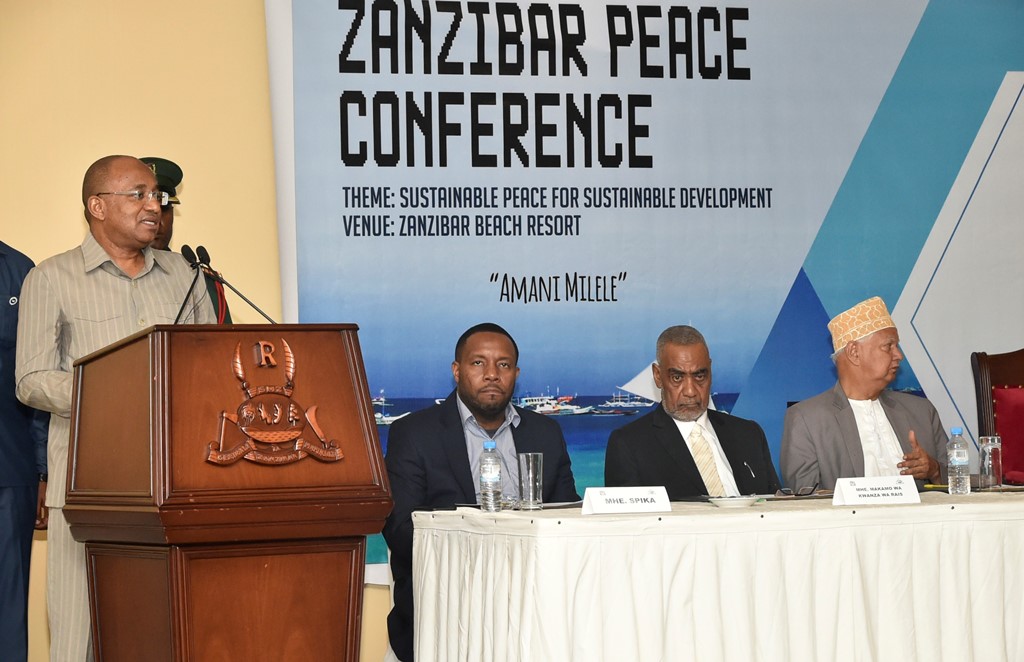 In his opening speech, H.E. Dr. Mwinyi stressed that peace was important in achieving the objectives of the countries. He noted that peace in Zanzibar, along with ending the war on corruption, gender-based violence and instilling accountability among the public, are key issues that were advocated by the founders of the Nation. He lauded UN’s effort in promoting peace and stability globally since 1946, and now with its 17 Sustainable Development Goals (SDGs) – with Goal 16 targeting that promotes peaceful and inclusive societies for sustainable development, provides access to justice for all, and builds effective, accountable and inclusive institutions at all levels. The President of Zanzibar emphasized that burying past differences; both within the country and regionally, will create room for building a culture of peace, which has direct links to development. The President paid special tribute to the Friends of Zanzibar and thanked them, especially their Chairman, Dr. Mustafa Yusuf Ali, for their efforts in making Zanzibar peaceful.

At the meeting, the GNRC-Kenya Coordinator, Sh. Ramadhan Aula, read the official message by GNRC Secretary General, Dr. Mustafa Y. Ali. In his message, Dr. Ali expressed concerned on the conflicts engulfing the East and the Horn of Africa. He shared that the conflicts have damaged and weakened communities’ social fabric. He added that violent extremism has similarly created tensions between Muslims and Christians, as well as between ethnic communities, in ways that threaten their peaceful co-existence. “The tension between, especially, Muslims and Christians caused by extremist’s attacks, and suspicions arising between faiths, can be fully addressed when faith communities are mobilized to address the challenges,” he stated. Dr. Ali praised the selfless efforts and sacrifices of Zanzibar’s leadership for paving the way in promoting peace and sustainable development.

First Vice President Maalim Seif Sharrif Hamad noted that the efforts made by the Government of National Unity and partners like Friends of Zanzibar are important in enhancing national peace and political reconciliation, but the efforts should now be implemented nationally, and in other African countries.

Participants shared their experience on peace, noting many countries need peace for regional growth. The conference also discussed different topics such as “Peace Maintenance, a lesson from Rwandan Genocide’; ‘Positive Entrepreneurship as tool for peace and development’, and the Role of Media in maintaining peace and Stability.’

At the conference, the Amani Milele Calendar was launched by the President of Zanzibar and members from the East Africa and the Great Lake region including Mozambique, Malawi, Kenya, Zambia, DR Congo, Rwanda, and Burundi.

Participants committed to strengthening peace and unity by supporting Zanzibar’s broader goal on peace, reconciliation and development. They also resolved to rename Friends of Zanzibar to Friends of Peace, and extend their activities of peace advocacy to other African countries. 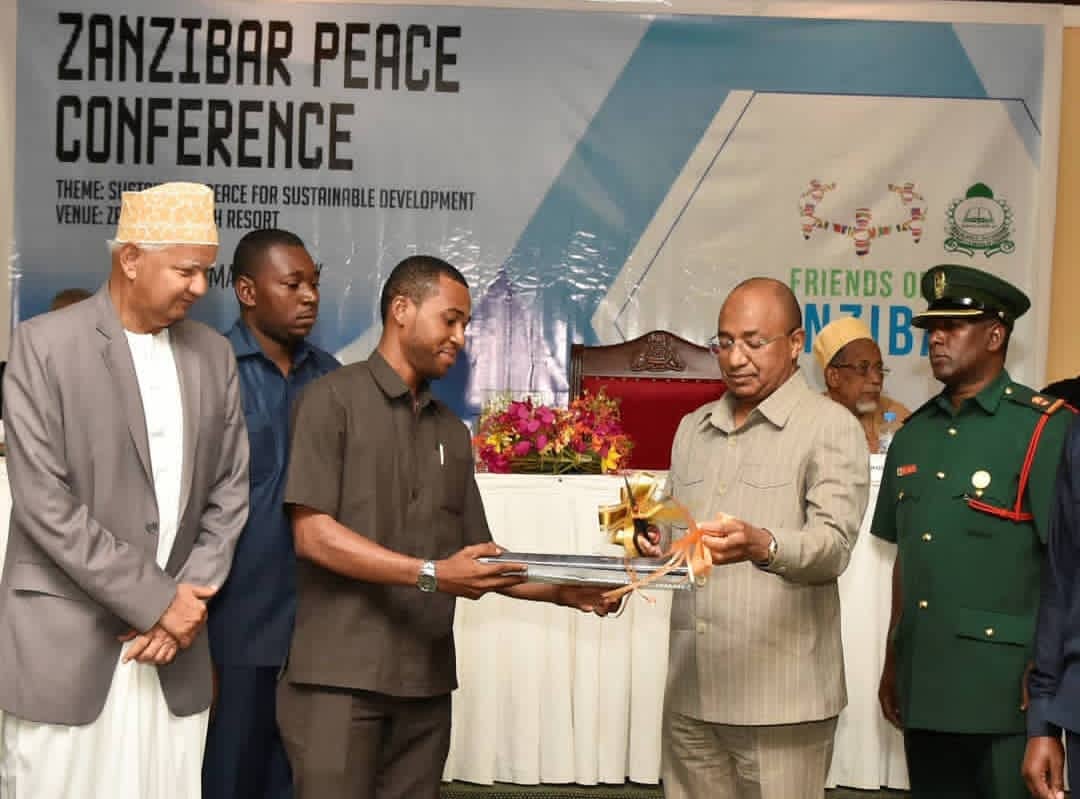 The President of Zanzibar, H.E. Dr. Hussein Ali Hassan Mwinyi, cutting the ribbon to launch the Calendar of Peace after opening the 2nd Peace Conference. On his left (presenting the calendar), is the representative of writers who received a peace training from Friends of Zanzibar, Mr. Abubakar Harith, and next to him is the State Minister, Office of the President, Justice and Constitutional Affairs, H.E. Haroun Ali Suleiman.