The GNRC Dominican Republic in partnership with the NGO Coalition for Children marked the World Day of Prayer and Action for Children (DPAC) on November 19, 2015 with an interfaith breakfast meeting attended by 30 religious leaders and faith-based organizations at the Crowne Plaza Hotel in Santo Domingo. The different faiths represented in the meeting were Catholics, Evangelicals, Mormons, Bahá’í, Hindu, Jews, Brahma Kumaris, International Society for Divine Realization, Sri Sathya Sai Baba and Art of Living. Discussions and reflections centered on the importance and urgency of reviewing the Dominican legal framework to explicitly prohibit corporal punishment towards children, in all settings, including the family, and to set up a religious and spiritual leaders’ committee to spearhead the push for legislative reform in the country. Francisco Leonardo, World Vision’s Director of Advocacy and Mobilization, presented the situational analysis of corporal punishment in the country noting that over 80% of parents in the poorest communities used corporal punishment. Key contributors to the discussion included Mr. Ernesto Diaz, a consultant, Mr. Eduardo Gallardo, Child Protection Specialist at UNICEF, and Ms. Eric Gómez, Deputy Director of the National Institute for Early Childhood Care (INAIPI).

Mr. Padilla recalled that the revision of the existing legal framework is part of the commitments made by the Dominican State through the adoption in November 2014 of the National Road Map for the Prevention and Elimination of Violence against Children 2015-2018.

Ms. Eric Gomez pointed out that most of the parents use violent methods of discipline because they don’t know any positive parenting technique. However she noted, “Efforts to change attitudes and practices of families will be ineffective while the law does not explicitly prohibit adults to use violence to discipline children”.

Ms. Silvia Mazzarelli presented interesting initiatives by religious groups to prohibit corporal punishment in other parts of the world since the Kyoto Declaration in 2006. She concluded her presentation with a Message from Sir David Moxon, Archbishop of Canterbury’s Representative in Rome and Director of the Anglican Centre in Rome. His message read, “I would encourage you in your conference to strive for legal as well as pastoral initiatives to do the same; there is a new moral threshold to be crossed here, in the name of our children and our own standards of Christian civility”.

The event concluded with the signing of a declaration in which the religious and spiritual leaders indicated that “the adoption of legislation explicitly prohibiting corporal punishment of children in all settings, including the family, is necessary and urgent and a crucial step towards a compassionate and non-violent society… We reject all forms of violence against children and adolescents, including corporal punishment and committ to take the lead in working with other sectors of society, communities, religious networks, NGOs, government agencies and the Congress to ban corporal punishment of children in all settings”. 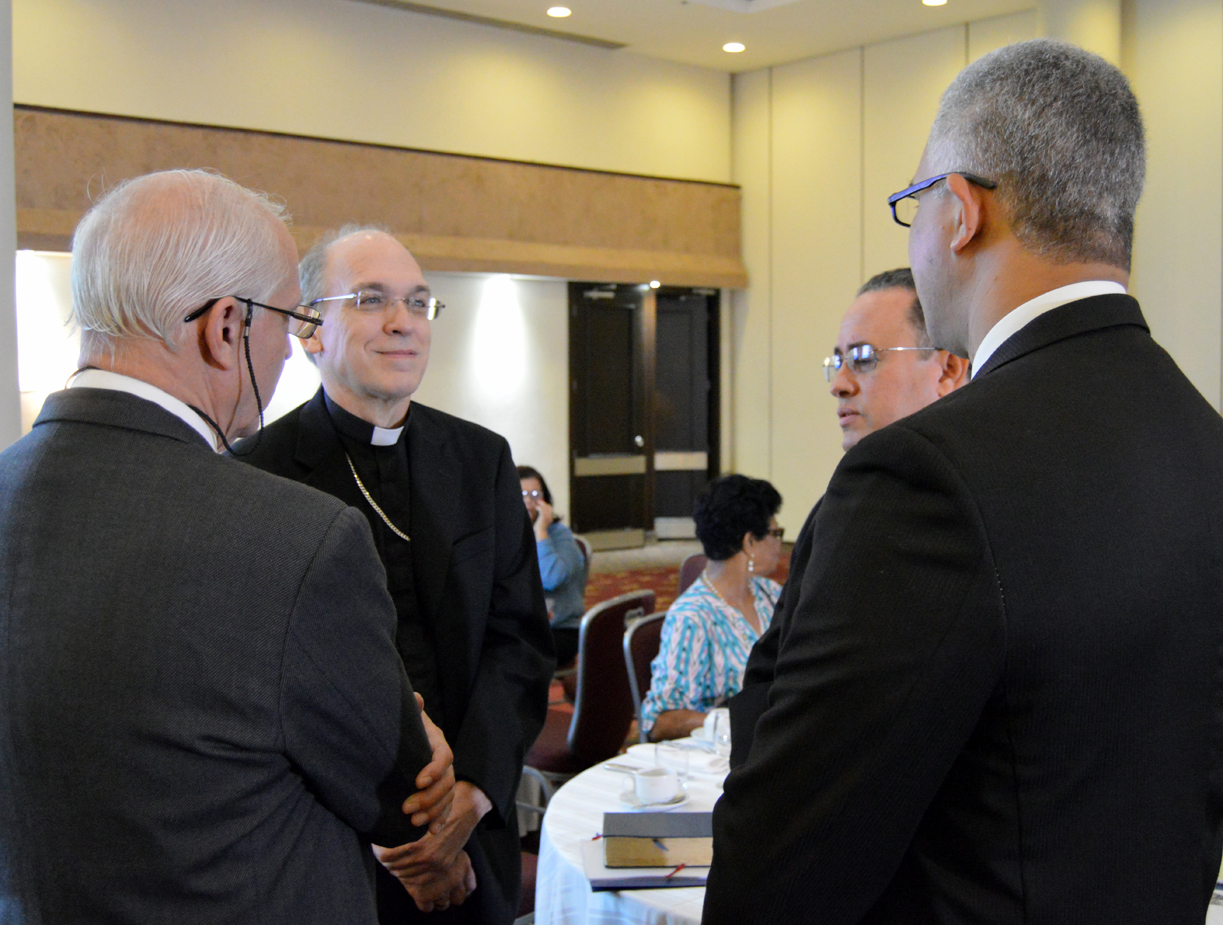