Consultation with Religious Leaders of Panama on the CRC 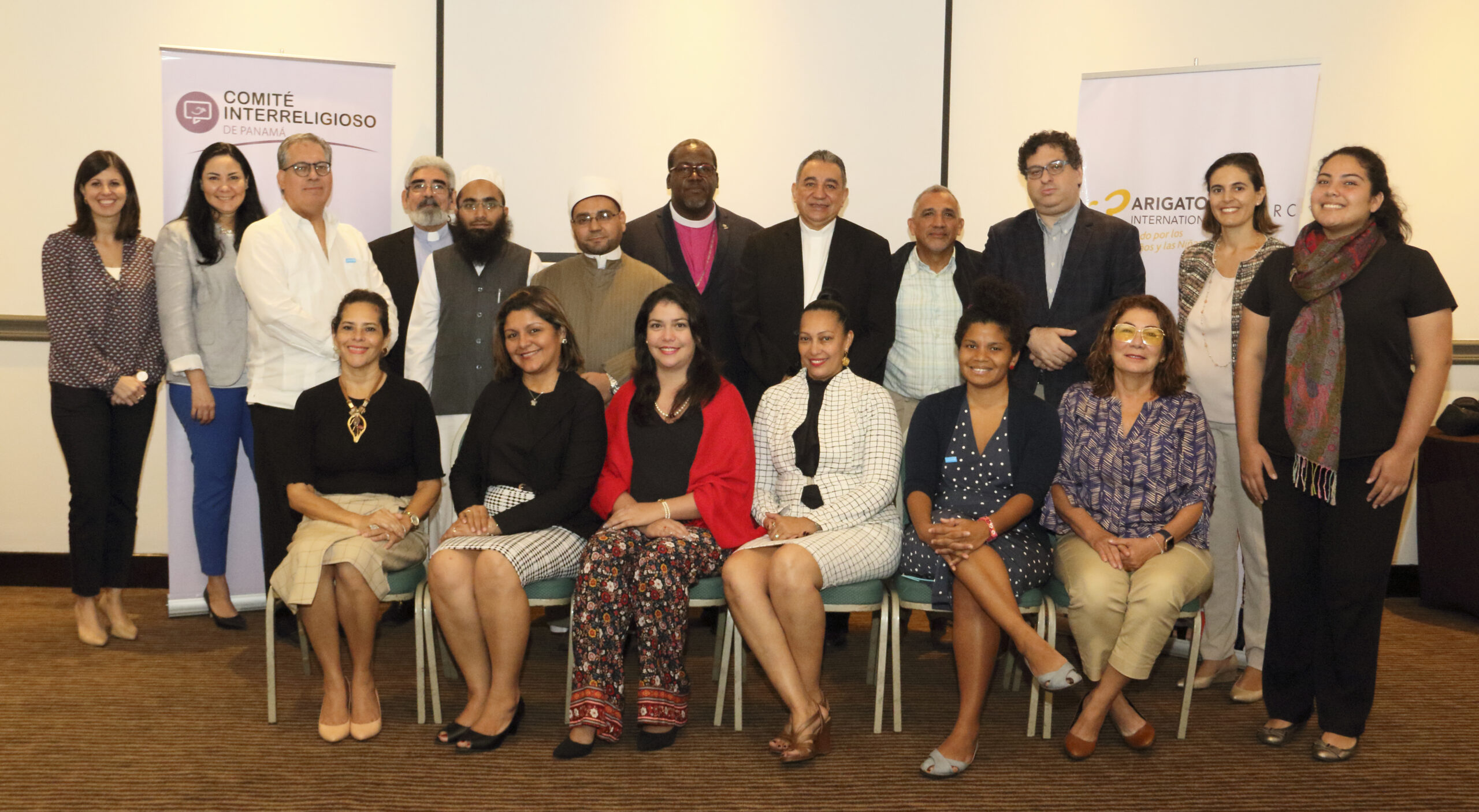 On 25th June 2019, the Global Network of Religions for Children (GNRC) in partnership with the Inter-religious Committee of Panama and Arigatou International New York Office, organised a roundtable consultation with religious leaders in Panama to discuss the role of faith in upholding the rights of the child. Ms. Silvia Mazzarelli, the GNRC Coordinator in the Latin American and Caribbean region, moderated the discussion.

Twenty one (21) participants attended the consultation, of which 12 religious leaders came from the Christian (Catholic, Anglican, Methodist, Baptist), Muslim, Bahá’ì and Jewish communities in Panama. Representatives from UNICEF and Aliados por la Niñez (the NGO coalition for children in Panama) also participated in the event.

Ms. Mazzarelli guided the discussion around three main topics. First, the shared values between religion and children’s rights; second, the foundation principles of the CRC and the religious values and teachings; third, the role of religious leaders and faith communities in protecting the rights of the child.

Religious leaders were interested in learning about the CRC and the human rights “language.” Participants shared their efforts in promoting children’s rights without at times knowing they were doing so.

When asked about the ways in which religious communities recognize children as subjects with rights instead of passive objects of actions or charity, religious leaders answered that all major religions value the dignity of the child in their scriptures and beliefs. “The rights of the child in our communities begin before a child is born. In fact, for us, it is very important to choose the right spouse as she will be the mother of a child yet to be born,” said Mr. Asif Mahetar, a member of the Muslim community.

The Methodist Bishop, Rev. Juan Simpson, highlighted that the first step towards the recognition of children as subjects of rights is the recognition of children in the statistics of our churches. “In fact, it is only in recent years that children count as members of the church,” he shared with the participants. He added that this change was a great achievement and it meant a major shift of mentality for the religious leaders and adult members of the church.

Participants were challenged on the importance of understanding child rights as innate and universal, in the sense that human rights do not depend on the exercise of responsibilities. For example, it is not required by a child to act responsibly to “earn” the right to education. Archbishop Ulloa stated that a paradigm shift was necessary to overcome this view of children’s rights”.  Ms. Mazzarelli highlighted the direct and complex relationship between rights and responsibilities, which have their roots in the reciprocal and mutual nature of human rights.

The roundtable was an opportunity to reflect on the four core principles of the CRC: non-discrimination and equality; best interests of the child; the right to life, survival and development; and respect for the views of the child in accordance with the age and maturity of the child (the right to participation). Religious leaders examined the values and teachings of their religions and found a lot of complementarity with these core principles.