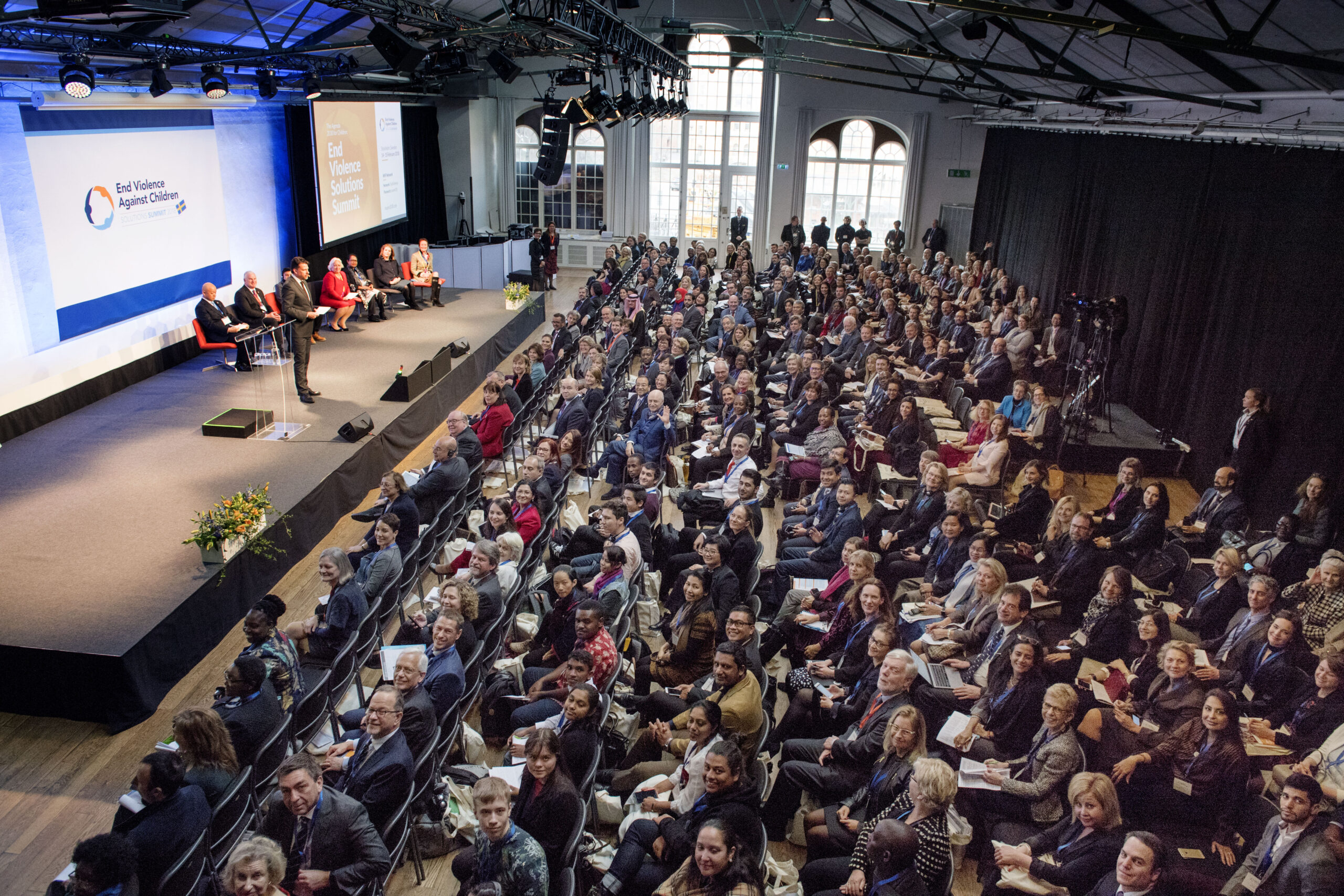 The President of Arigatou International, and Convenor of the Global Network of Religions for Children (GNRC), Rev. Keishi Miyamoto, joined other global leaders and participants at the Solutions Summit convened by the Global Partnership to End Violence Against Children, held in Stockholm, Sweden on 14th and 15th February 2018. During the Summit, three hundred and eighty six (386) participants including global leaders, representatives from the United Nations, government officials, civil society organizations, the private sector and children and youth from 67 countries across the world affirmed their commitment towards ending violence against children.

Among the successes of Arigatou International shared at the Summit was the recently concluded GNRC 5th Forum, held on 9–11 May 2017 in Panama City, Panama, attended by 526 participants. In this Forum, leaders and members of the world’s religious and spiritual traditions, girls and boys, women and men, from 70 countries, together with representatives of governments, the United Nations, as well as international and grassroots organizations, affirmed their commitment to end violence through the Panama Declaration on Ending Violence Against Children.

In his opening speech, the Swedish Prime Minister, Mr. Stefan Löfven, advocated for increased effort to safeguard children’s rights, adding, “All leaders should step up their efforts to give every girl and boy the opportunity to grow up to be a strong and confident individual.” He urged global leaders to ensure the implementation of the solutions presented during the Summit at the grassroots level, as a step towards permanent change. 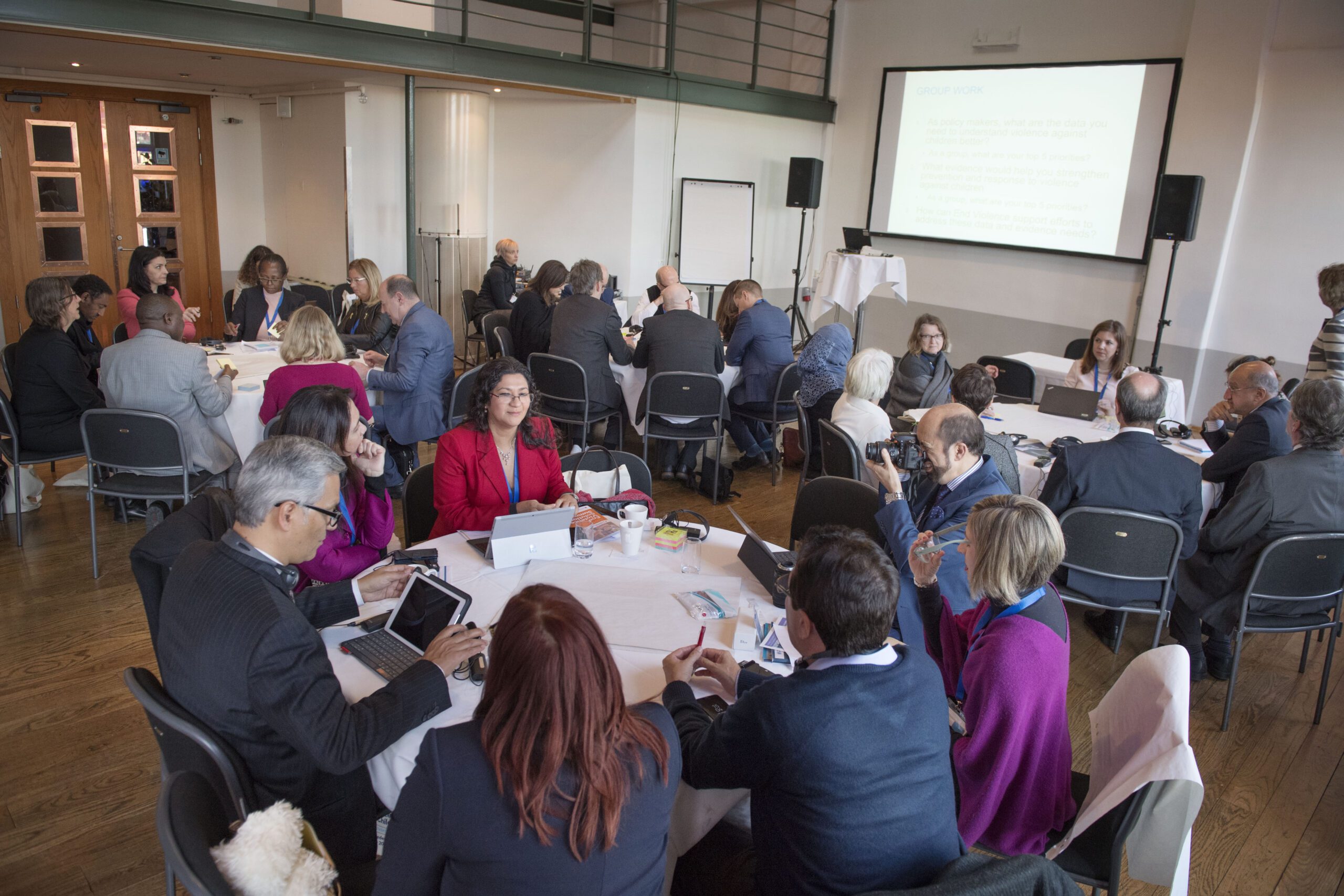 Participants in a discussion group session at the Summit. Image Credit: Jessica Gow/Government Offices of Sweden

Dr. Susan Bissell, Director, Global Partnership to End Violence Against Children, said that the Summit was the beginning of the bold and transformative change that would deliver the Sustainable Development Goal to end all forms of violence. Dr. Bissell viewed the coming together of senior leaders from around the world as a major indication of the world’s readiness to prevent and respond to violence against children.

In her closing remarks, the Swedish Minister for Children, the Elderly and Gender Equality, Ms. Åsa Regnér, emphasized the need to learn from one another, support each other’s efforts and ideas and accelerate action both globally and at the community level. “Let us do all we can to ensure that every child, everywhere, can live a life free from violence,” she said. 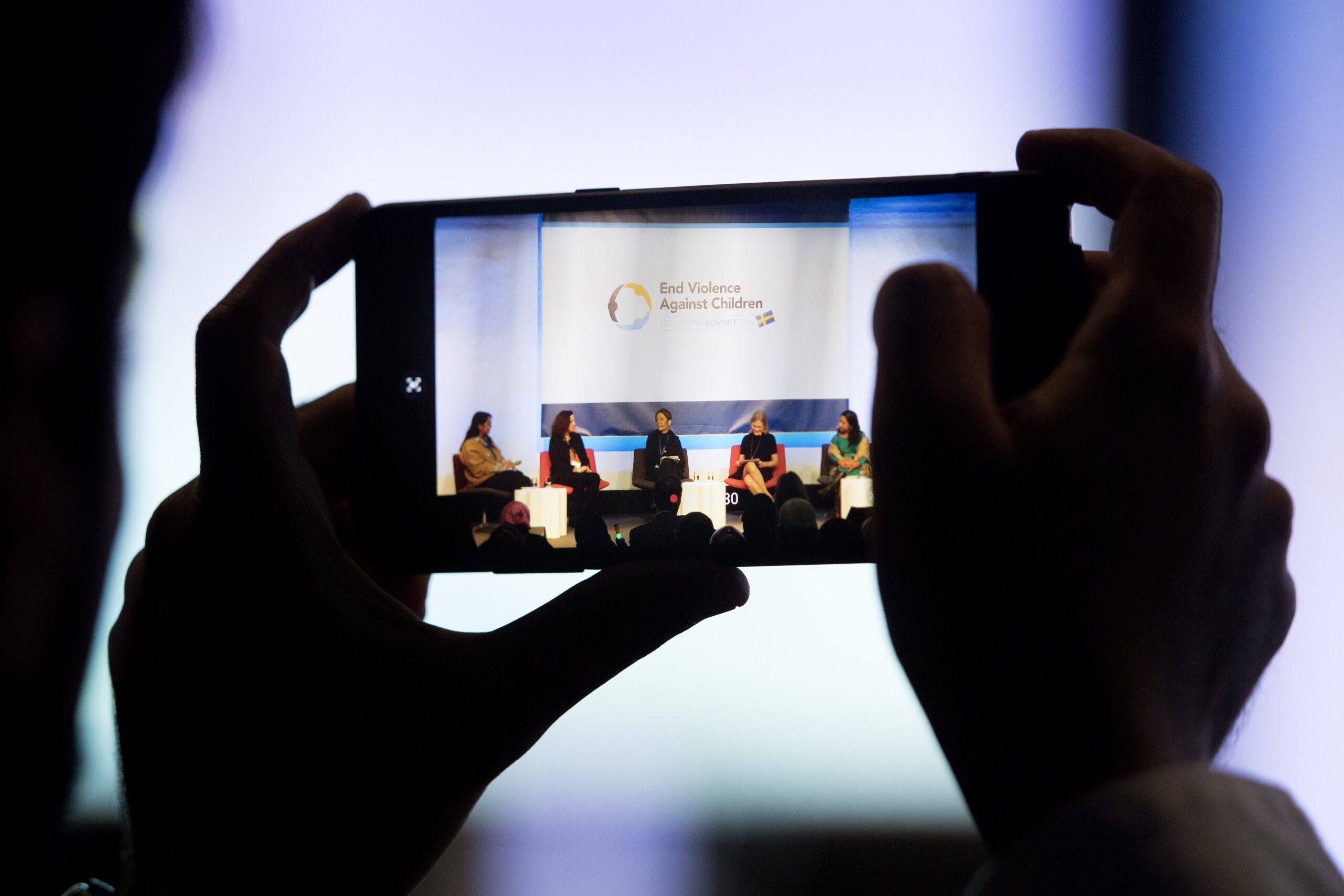 An image of speakers in a session taken with a cellphone camera during the Summit. Image Credit: Jessica Gow/Government Offices of Sweden