Violence Against Children Reach Crisis Levels in Latin America: World has resources to end it, but lacks willpower 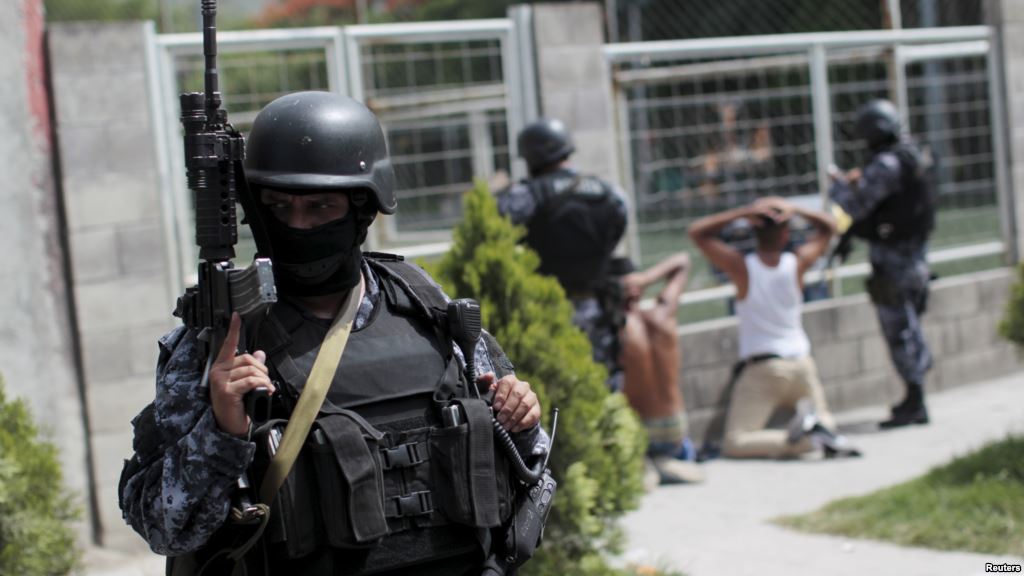 At only seventeen years, Alessandra (not her real name) has gone through severe suffering in her short life.

Her story is one of anguish, pain and sorrow. It is also a story of hope. Many of her friends and age-mates have not been as lucky. I met Alessandra in Ayagualo, a small town some 35 kilometers from San Salvador, the capital of El Salvador. I met many other children and young people who had escaped from the clutches of the most vicious gangs there, especially the Mara Salvatrucha (MS-13). Alessandra is just one of the statistics in which every year, one billion of the 2.2 billion children suffer from physical, sexual, or psychological violence.

Literally displaced in her own country, Alessandra had to flee from her neighborhood as the MS-13 gangs sought to recruit children to join their ranks and file. Alessandra refused to join. As a punishment, the MS-13 gang members ‘promised’ to ‘administer’ the most atrocious forms of gender-based violence – rape, before executing her. She fled. Many former gang members—mostly recruited at tender ages, and who are trying to re-engage in and with their communities, are finding it hard. But with the help of programs initiated by the government of El Salvador and faith communities, some, very few, are benefiting. 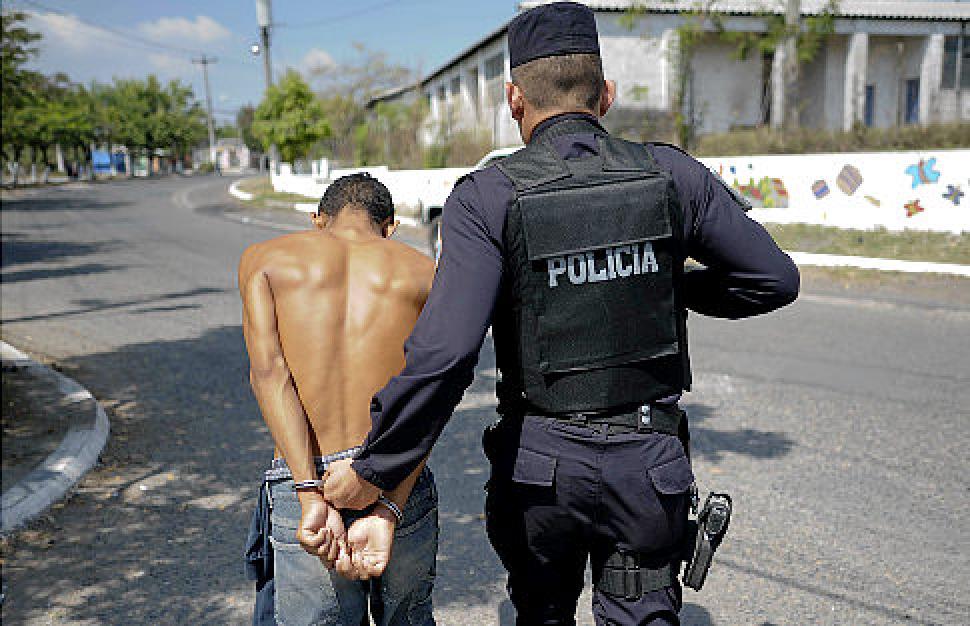 Apart from the war-torn countries of the Middle East, Africa and parts of Asia where children woefully and traumatically suffer from violence occasioned by wars, those in Latin America are acutely suffering from, during peacetime, harrowing cases of violence. The children I met in Ayagualo narrated how they were forced to, against their will, join those gangs. Such situation are repeated all over El Salvador, a country of only 6.5 million inhabitants, with murder rate of 6,500 annually. Similar conditions, if not worse, exist in Guatemala, Honduras, Venezuela, Colombia and Mexico. Drug trafficking, glaring inequality, corruption and lack of opportunities have all conspired to drive many young people into the most profitable trade of gangs, drugs and extortion.

Alessandra’s situation explains why forty-three of the fifty most dangerous cities, and eight (8) of the 10 most dangerous countries in the world are found in Latin America and the Caribbean. El Salvador, Honduras, Guatemala and Venezuela are some of the most violent countries in the world. Their ‘peaceful’ cities: San Salvador, Tegucigalpa, Guatemala City and Caracas normally register higher numbers of homicide and murder than those killed in war-torn countries such as Libya, Somalia, Burundi, DRC and Central African Republic.

Recently during the meeting of Prayer and Action for Children of Arigatou International, in Panama City, UNICEF presented a distressing report on the conditions of violence in Latin America. With a population of 7 % of the global total, the Latin American countries account for 30 % of the total global murders, earning these cities the ignominious title of ‘Murder Capitals’ of the world. Children constituted some of the most affected, reflecting the statistics Ms. Pais gives, of one billion children.

Like most countries in Latin America, many in Africa are also faced with unbridled corruption, growing inequality and drug trade—transforming them into violent and murderous places. Just as the problem of urban gangs in cities across Latin America have complicated the search for lasting solutions to addressing Violence Against Children, the same is becoming a feature in many cities across Africa and the Middle East.

The Mara Salvatrucha gang is not only active in El Salvador, but also in Guatemala, Honduras, Los Angeles and San Francisco in the US. It is a case of a transnational gang that has evolved over time. Al Shabab, Lords Resistance Army (LRA), Boko Haram, ISIS and others, could have been formed in one country, but now causing havoc in many more others beyond their ‘home grounds’. After all, the Mara Salvatrucha was formed in Los Angeles in 1980, but today claiming over 20,00 lives, annually, in El Salvador, Guatemala, Honduras and other Central American countries and cities, far from their ‘original homes’.

Children require, and are demanding for robust and systematic measures to address violence against them. We have it within our means to prevent violence against children, and all forms of violence that continue to plague our communities. But this will require political and religious will, and mobilization of financial, human and spiritual resources, globally and locally. 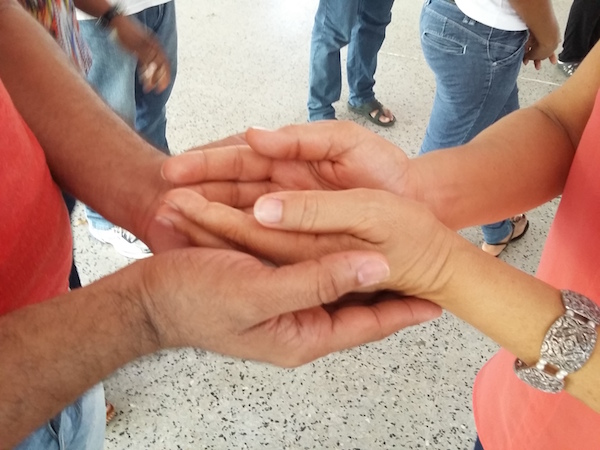 The GNRC 5th Forum will take place mid-2017 in Panama City. The Forum’s Organizing Committee led by Mons. Sidney Fones, hope that all forms of violence against children will be discussed, and solutions not just found, but implemented to address this challenge. It is hoped, too, that children themselves will participate, suggest solutions, and work with partnerships such as the new ones fronted by UNCEF and other bodies, to definitively address this problem.

Alessandra will be extremely happy to hear of the new Global Partnership to End Violence Against Children, the UN’s High Time to End Violence Against Children Initiative and the coming GNRC 5th Forum in Panama. Alessandra hopes that, in her own words, ‘the pain of losing many friends to gangs’, and being ‘rendered internally displaced in my [her] own country, will not befall any other child’. 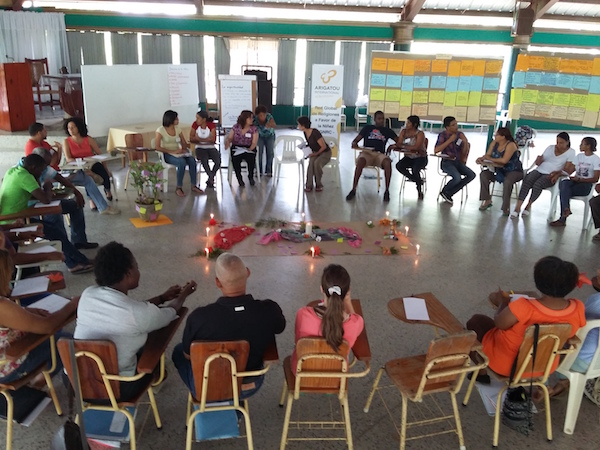 Indeed we can. But it will take a great deal of effort, willpower and determination, to make this world free from violence against children. Only then, will similar stories such as those of Alessandra, begin to vanish.

Dr. Mustafa Y. Ali is the Director of Arigatou International – Nairobi and Secretary General of the Global Network of Religions for Children (GNRC).