Violence Against Children in Nigeria: A Case of the Abducted Chibok Secondary School Girls 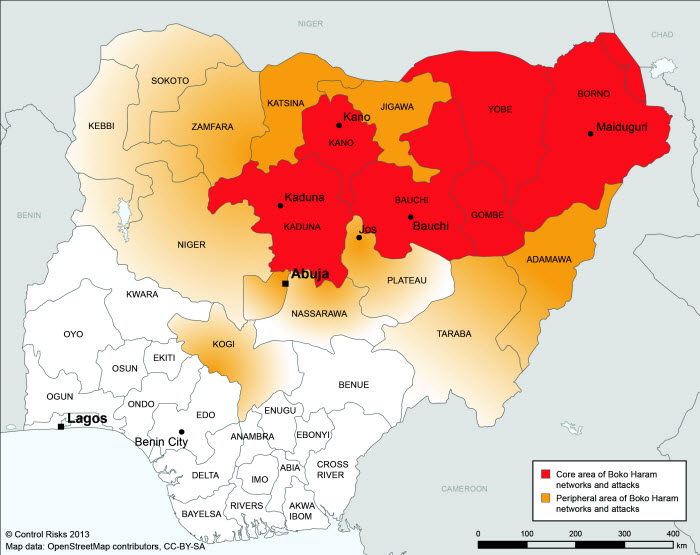 In the last 7 to 8 years, Nigeria has witnessed the most brutal form of terror through a group of terrorists popularly known as ‘Boko Haram’, translated as “Education is forbidden”.

The terrorists have killed the young, the old, men, women, civilians and military officers in various attacks around the country. They have attacked children in schools, people in worship places and destroyed markets, commercial and residential areas.

At the peak of the terror attacks, the terrorists attacked the Buni-Yadi Federal Government College in Yobe State, Nigeria on 25th February, 2014 and slaughtered 29 young boys. This massacre met little outrage from Nigerians. Boko Haram became more aggressive and attacked the Government Girls Secondary School in Chibok, Borno State, on 14th April, 2014. Fifty seven (57) girls managed to escape while two hundred and nineteen (219) girls were abducted. We were all left with great sorrow after this and the only thing left to do was to appeal to the Almighty God. Recently (17th May 2016), one of the abducted girls, Amina Ali, was found with her baby near a community police station; after Boko Haram dumped her. When asked Amina said that her ‘Boko Haram Husband’ released her after the search of the Chibok girls intensified.

It is clear that acts of violence against children are happening in Nigeria. The United Nations General Assembly’s (UNGA) declaration in 1959 adopted 10 non-legally binding principles aimed at providing special safeguards for children. The Convention on the Rights of the Child (CRC), which sets out legally binding standards, was adopted by the General Assembly in 1989. The CRC, which states clearly that children are holders of human rights and acknowledges their distinct legal personality and evolving capacities, is the most widely accepted human rights treaty, having been ratified by 192 States. The CRC sets up a framework of legal principles and detailed standards which should govern all law, policy and practice affecting children. These include: the promotion of prevention of violence and responses to protect all children from all forms of violence. 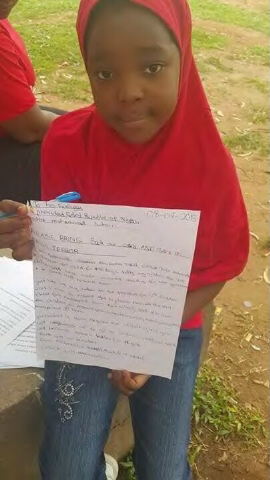 Hawa Abubakar, an ambassador of the Chibok girls addressing a letter to the president of Nigeria

In 2003, Nigeria passed a bill aimed at protecting the rights of children. These are: –

More than 50% of the states in Nigeria are yet to domesticate the “Child Rights Act”. The consequences of violating the rights of children are enormous and impact negatively on the future of our societies. It is popular knowledge that, “A society is only as strong as it’s weakest”. The Buni-Yadi boys and the Chibok girls have clearly indicted Nigeria’s inability to protect its children from harm. The continuous detention of the Chibok girls by their abductors, and the inability of our country to rescue them, continuously defines our weakness as a country. The continuous violation of the Child Rights Act by Boko Haram has left us questioning our might in protecting our children not only as Nigerians but as citizens of the world. The Chibok girls’ story is a stain in the history of our country.

In a world where cutting edge technology in areas of surveillance and intelligence gathering exists, the world has done little to rescue the Chibok girls. In a press briefing on December 31st 2015, the president of the Federal Republic of Nigeria confirmed that the country lacks credible intelligence on the location of the Chibok girls. The question we should all ask is if any of the Chibok girls was a daughter of a politician, or a high-level government personnel or a religious cleric, or the rich, would they still be in abduction for over 700 days? The Chibok girls do not come from the well-off familiest; they are poor, voiceless, nameless and faceless. They are ordinary citizens from a remote part of the world. Is that why we abandoned them? Where is our humanity? Where is our empathy? 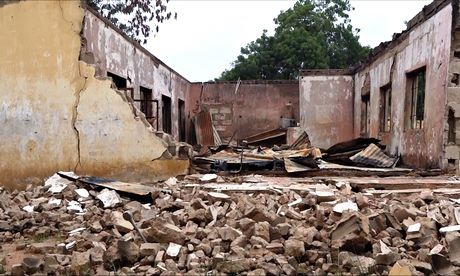 A hostel that was destroyed by Boko Haram during the attack at the girls’ school. Image Courtesy: www.theguardian.com

I will not end this article without acknowledging the efforts of some global citizens under the banner of the ‘Bring Back Our Girls Campaign’, which I am proud to say my granddaughter Hauwa Abubakar Yusuf, is a member and a Chibok Girls’ Ambassador, who reminds us of our responsibility towards children. It’s our hope that the suffering of the Chibok girls will end. i conclude by stating that, “We will not have a decent society until we protect our children!”

and Co- Chair of the Abuja Women of Faith Network, Nigeria