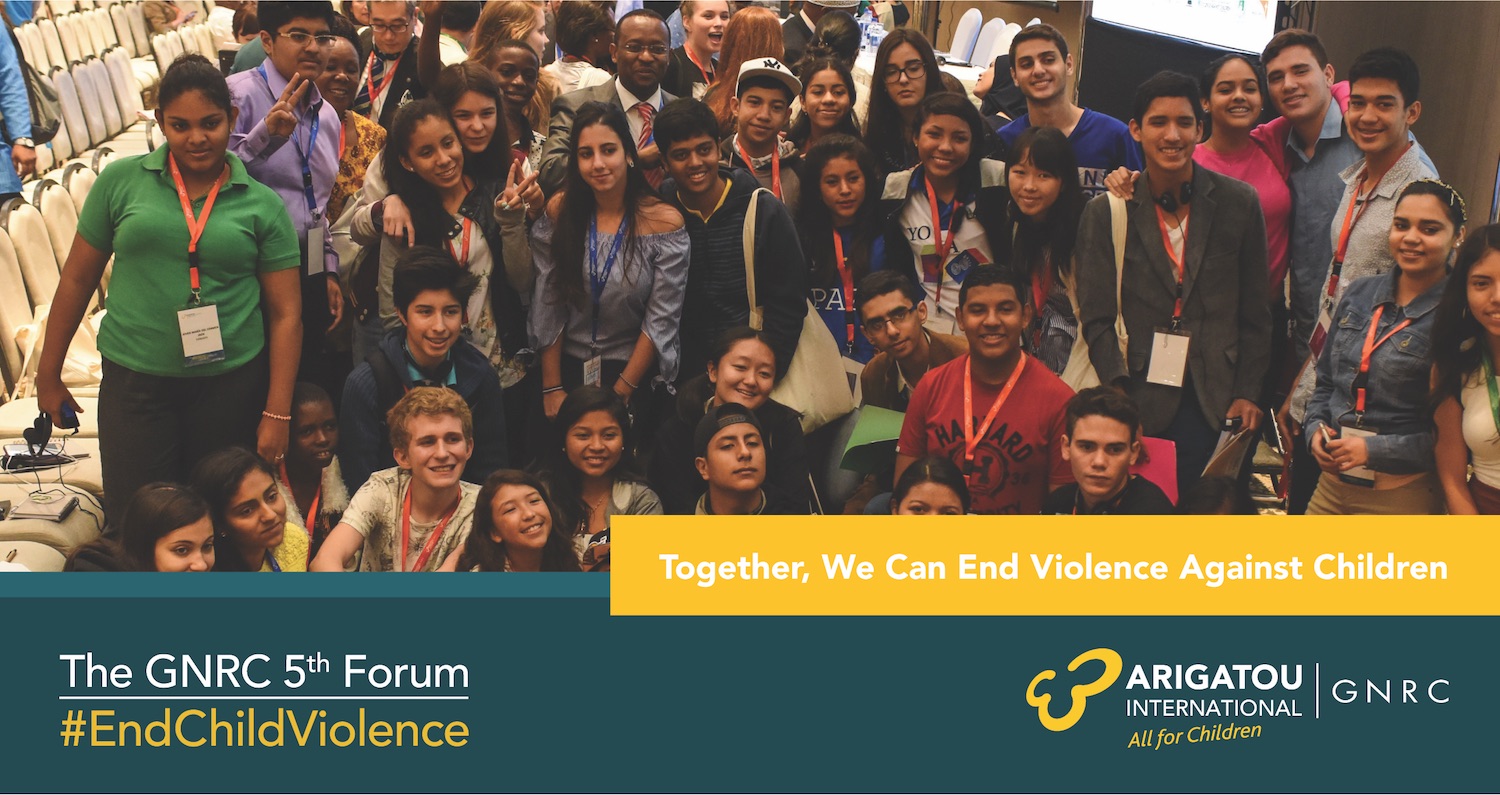 Arigatou International was the driving force behind the ambitious forum in Panama City that addressed the issue of violence against children. This was the fifth such forum, with the most recent one being held in Tanzania in 2012. Its goal was to inform, but above all to exhort and mobilize religious leaders and organizations to act on the many forms of violence against children, which are often described as an epidemic. The event had several distinctive features:

It brought together a large (500+) group of religious leaders, activists, and scholars from many world regions and religious traditions. The meeting reflected two years of planning by a group of partners that included UNICEF, World Vision, and Plan International. In sum, it was meticulously organized and ran smoothly despite the large cast.

Generous support came from Arigatou International, a Japanese based organization linked to Myochikai, a Buddhist religious community. Its leaders and community have embraced the challenge of making a difference at the global level in the lives of children. A group of 64 young people from 20 countries (children, as they were called) were integral parts of the events. They lent an exuberance and in many cases direct witness to what violence is truly about.

The President and First Lady of Panama participated actively, reflecting an explicit commitment to the topic by Panama’s leadership. The agenda was global, but not surprisingly there was a particular focus on Latin America and notably on the challenges for children in the Northern Triangle countries of El Salvador, Nicaragua, and Honduras.

The event took place over three days and its format followed the common pattern of plenary sessions with breakout sessions and various side events. The breakouts were based first on different world regions and second on specific topics. The latter largely followed the continuing work of GNRC, whose global headquarters are in Nairobi, Kenya focusing on the goal of ending child poverty, work on ethics education, and a focus on sexual exploitation of children.

“One out of three girls and one out of five boys will be exploited by the age of 18, 90% by someone they know.” – Dr. Alaa Murabit

The plenary sessions and some of the breakouts were dominated by relentless accounts of the horrors of violence against children, in all its awful forms: child soldiers, gang pressures, neglect and abuse by families, child labor, child marriage, female genital cutting/circumcision. Numbers cited again and again included the fact that a child dies of violence every five minutes. Several among the young people described their own stories, including abduction and child slavery, but also exclusion at school and bullying and other forms of violence that have lasting effects. There were repeated calls for action by governments, communities, and above all religious leaders and actors. These calls for action are reflected in the Panama Declaration that emerged from the discussion. They involved a focus on support for families and communities, local and global action, and specific programs. They were framed in a sense of urgency: act now, not later. 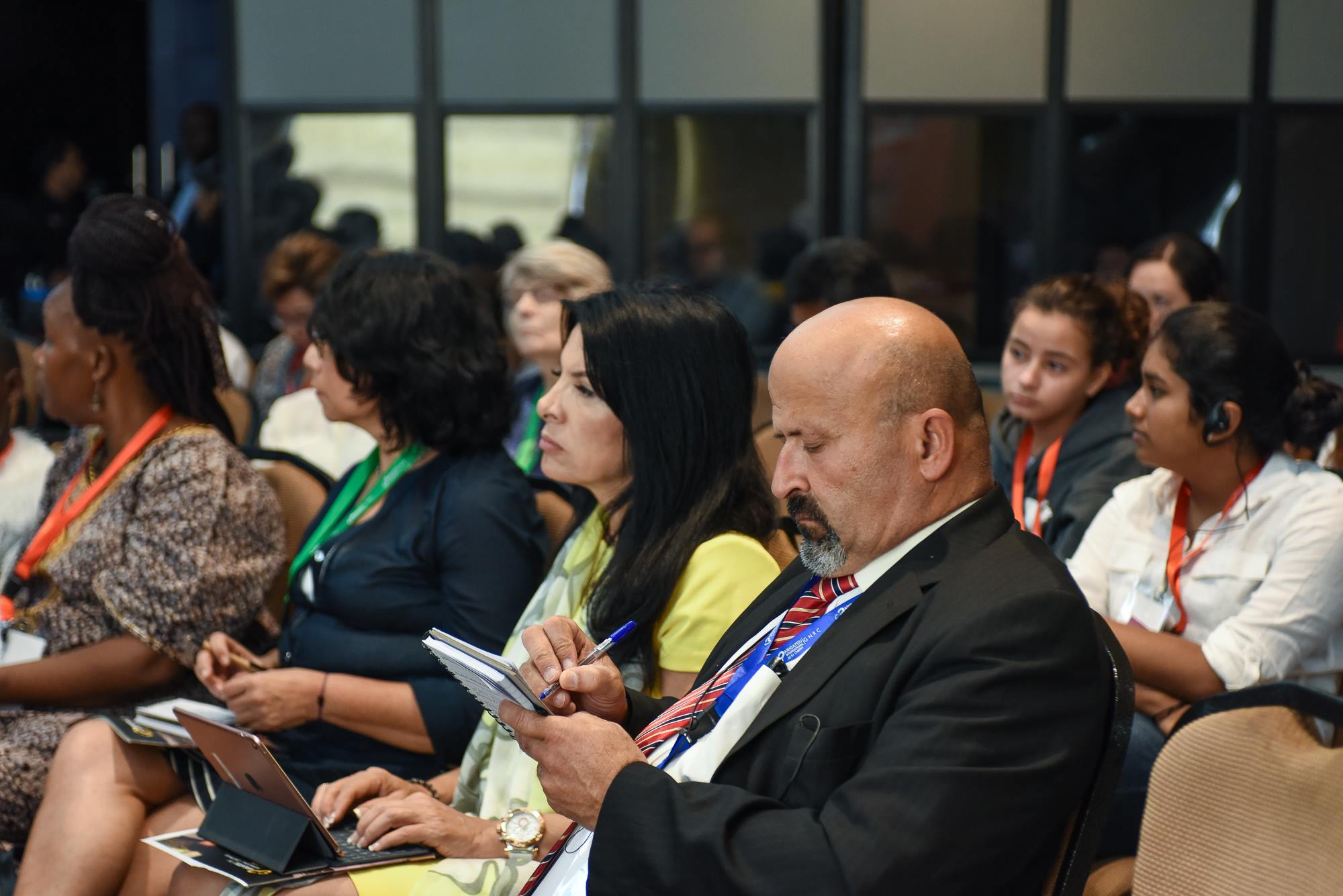 Another Forum feature was its diversity. It was heartening to see solid representation from rather distant regions such as various nations on the African continent. Women were well represented as were indigenous communities, especially from Central America. There were bishops and shaikhs, but also community leaders and a solid phalanx of people from large religious organizations and international organizations. A few scholars peppered the gathering even though it was far from being an academic gathering.

All speakers spoke with horror about child violence. Some were also forthright about the direct responsibilities of religious communities for breaking silence and shattering tabus, and to address violence within their own ranks and communities. The speaker who most forcefully roused the Forum whenever she spoke was Alaa Murabit – a doctor, scholar, activist, and Muslim. Cheers arose whenever she came near the platform. She challenged the group from many directions, citing attitudes and practices like patriarchy that contribute to violence against children. But she also conveyed a sense that together, with an honest willingness to confront both problems and responsibilities, action is possible.

Original article can be found here.