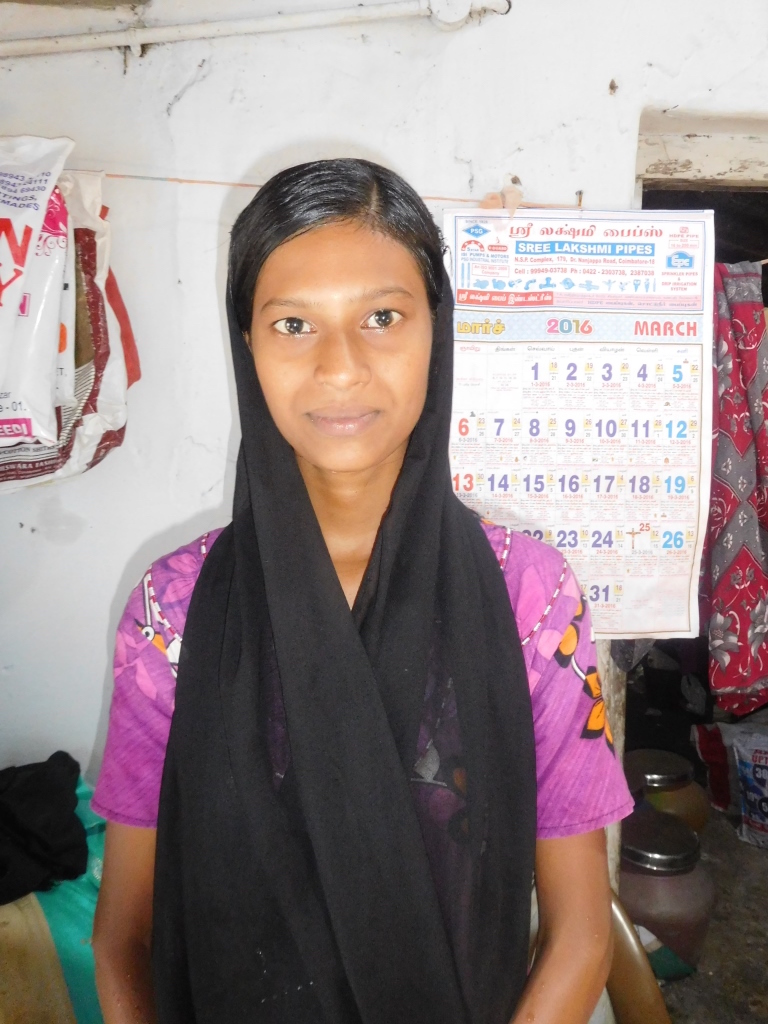 My ambition of being an auditor is still alive…

I am Rimanz 19 years, mother of a 6 month old infant. I am from a very poor family. My father died 16 years ago and it was my mother who did menial jobs to support me and my brother. My mother has rheumatoid arthritis – a cruel crippling disease for which she has been on medications for the past 10 years.

I am a good student and got 926 marks in my 12th board examination and got a seat in Shree Nehru Maha Vidhyalaya, for the course B.Com. I received Shanti Ashram’s Akkam revolving fund assistance, it began with an initial assistance of Rs.5,000 which proved so valuable in paying my college fees. As my mother’s wages were insufficient for maintaining the household, my brother dropped out of school in standard 8 and began to work.

Life was very tough, but I carried on with my ambition of being an auditor. I wanted to redeem my family from the pangs of poverty. I had finished my 1st semester when my mother arranged for my marriage. I was 17 and half years old then. I didn’t want marriage but seeing my mother suffer I didn’t want to burden her further. My would-be-family promised to allow me to study further and pursue my ambition. 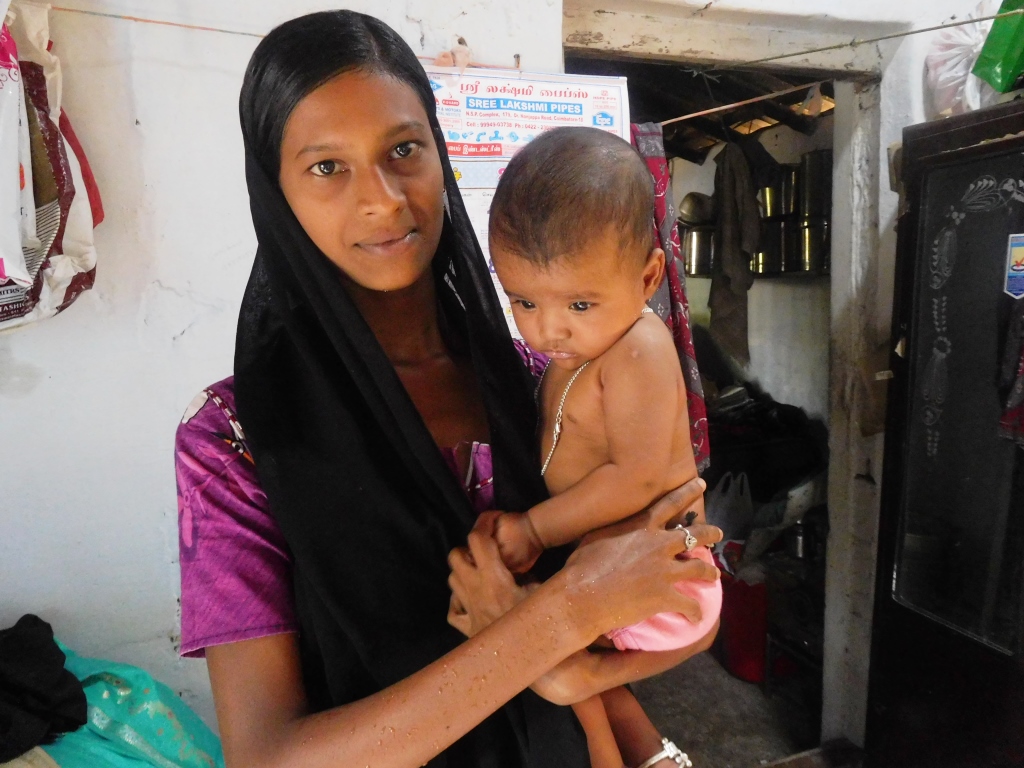 But what happened was a nightmare, which I fear to think of. It has been one and a half years of torture. My husband was a paranoid personality, ever suspicious, that he first forced me to stop education. He also frequently beat me and tortured me. As soon as I left college, my scholarship amount ceased, as I couldn’t pay the loan amount. A drunkard with poor moral calibre, my husband, along with my in laws subjected me to dowry harassment. How could I afford anything? After all, my family could not even sustain itself without borrowing.

I have a 6 month old infant, active and beautiful. My husband has abandoned me. I have lodged a police complaint and have decided to live with my mother. I am unable to breast feed my child, I am weak and my mother is helpless. We are struggling, a leaking roof, no food and a 6 month old infant to feed. 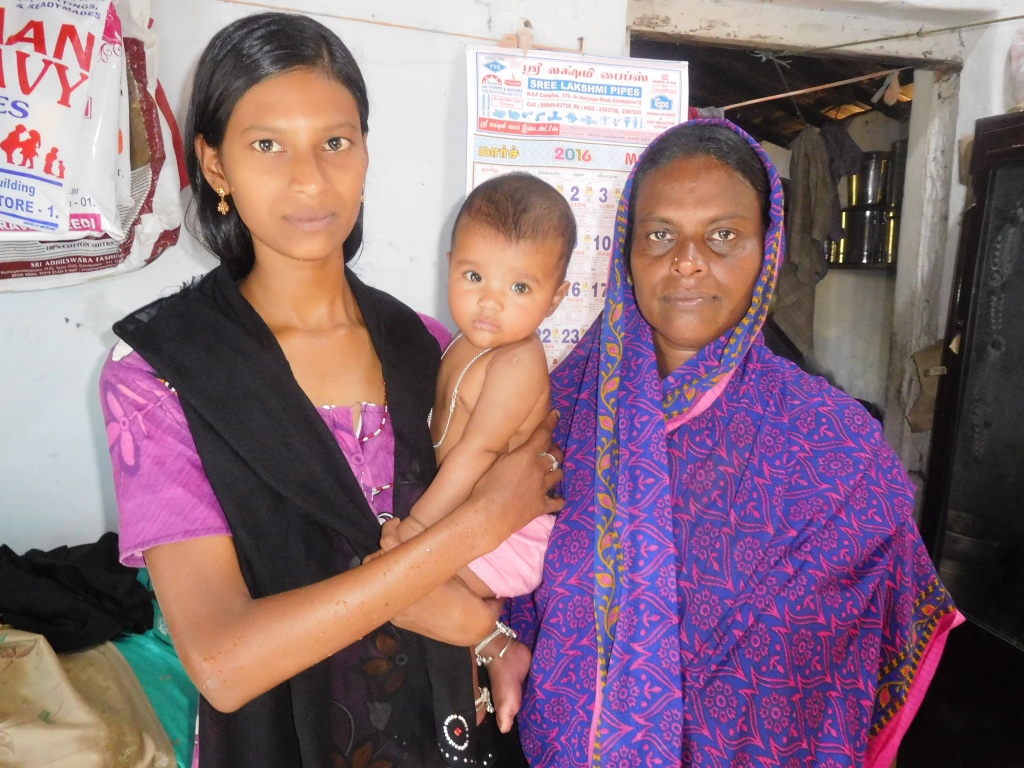 But I still have the fire to strive, learn and achieve. My college still wants me to rejoin and pursue my course. I plan to re-join after my baby crosses 1 year. Education is the tool to empowerment. I have to fight back against the odds stacked against me and my family. I need to study again. With Allah’s grace I will learn, bring up my child and live a life of dignity in this world.

My case is not a rare one but a reality that lies unexposed and unreported for millions of girls worldwide. My word to all – is that ‘women must be educated’, be strong willed and live a life of independence and confidence.